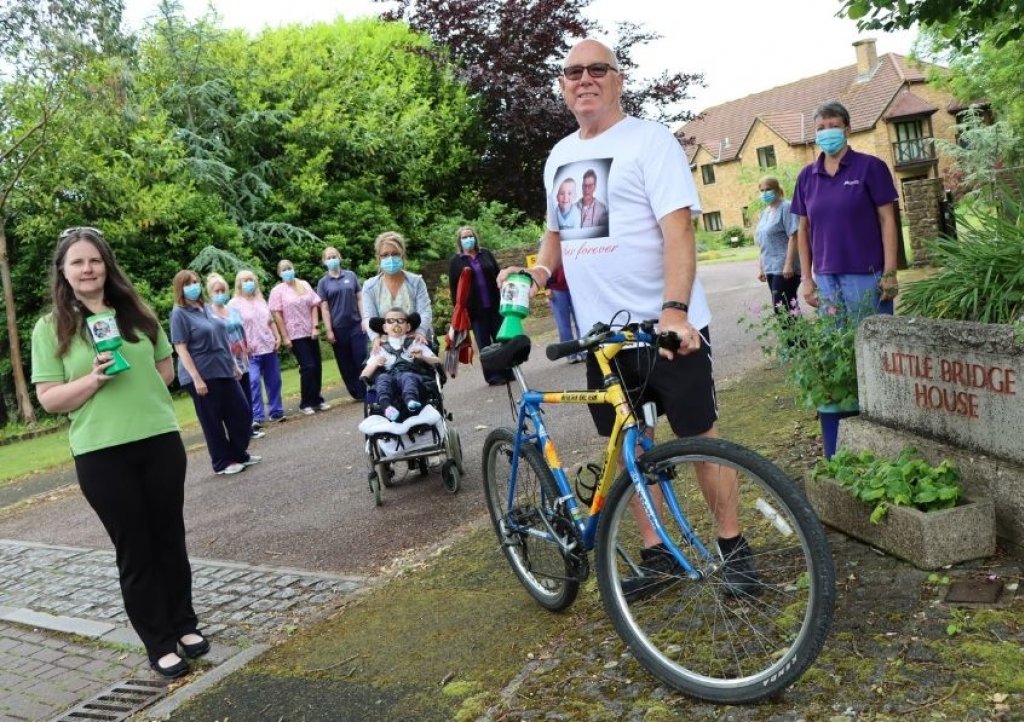 A tireless charity supporter will be undertaking an emotional fundraising challenge in North Devon in memory of his late wife and son during Children’s Hospice Week next week.

Rick Dean, 72, will also be celebrating 30 years of Children’s Hospice South West (CHSW) when he attempts his 30-mile ‘Together forever’ challenge for the charity on Friday 25 June.

The bereaved dad and husband will be walking 10 miles, cycling 10 miles and running 10 miles in relays along the Tarka Trail between Instow and the charity’s Little Bridge House children’s hospice in Fremington.

“My son Kierran died in 2003 and June 25 would have been his 25th birthday so this latest challenge is for him and my wife Julie, who died earlier this year,” said Rick, a retired Petroc maintenance man who now lives in Bude.

“Kierran had Commune Variable Immune Deficiency (CVID) and spent much of his short life in and out of hospital. Julie and I were devastated by his death and I’m not sure how we would have coped without the support we had from Little Bridge House.

We were so grateful for the hospice and have tried to give something back ever since.

"I have done more than 30 fundraising events for the charity and Julie volunteered in the reception at Little Bridge House for many years until she sadly lost her long battle with cancer,” added Rick, who will be wearing a special T-shirt featuring Kierran and Julie and hopes to raise £1,000 for the hospice in their memory.

Rick has run countless marathons and half-marathons for CHSW. He has also skydived and abseiled for the charity and last June, he completed a 205-mile static cycle ride. 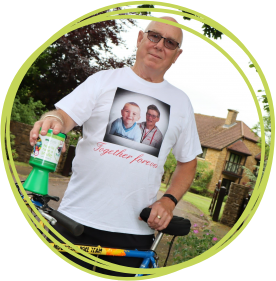 CHSW area fundraiser Ruth Morgan said: “Rick is such an inspirational and incredible supporter of CHSW and we’re all sending him our love and best wishes for his latest challenge; it’s a lovely way to remember Kierran and Julie and a very special way to mark 30 years of the charity and celebrate Children’s Hospice Week."

Children’s Hospice Week (from June 21-27) is the only week in the year dedicated to raising awareness and funds for children’s hospice and palliative care services across the UK. CHSW needs around £11m a year to run its three children’s hospices, including Little Bridge House in North Devon, and around 85 per cent is raised through voluntary donations.

“For the last three decades, our care teams have supported more than 2,000 families like Rick’s and we’ve only been able to do this thanks to incredible people like Rick, and the generosity of the local community,” added Ruth.