Home News Summer of fundraising in memory of Oliver 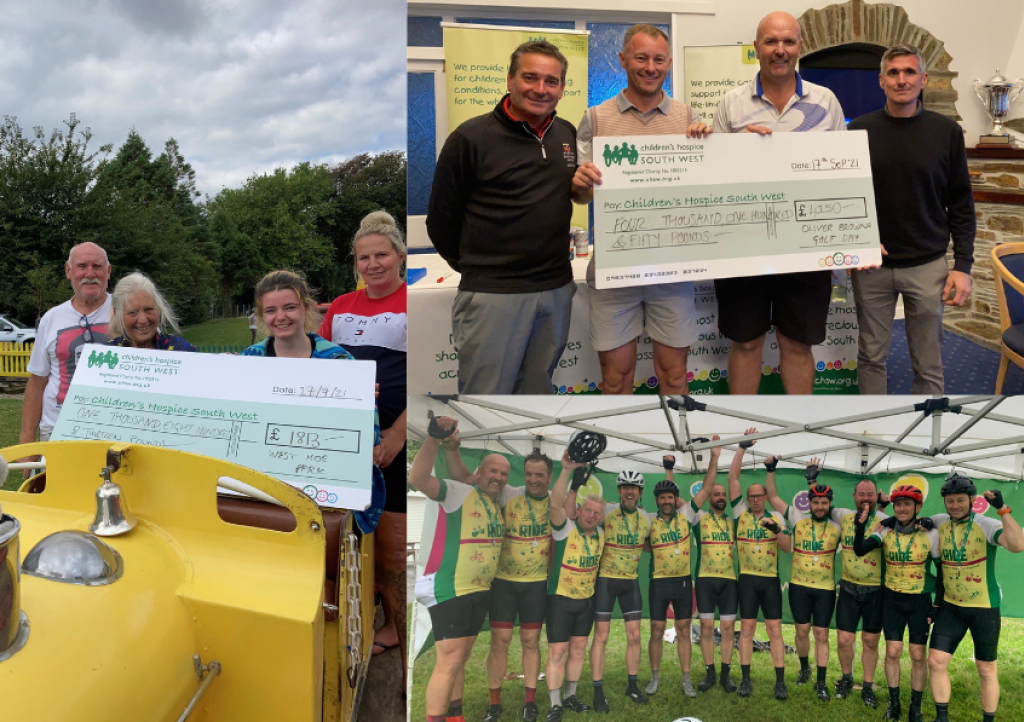 This summer has seen multiple fundraising events held in Plymouth in memory of 11 year old Oliver Brown, which have raised over £24,000 for Children’s Hospice South West (CHSW).

Oliver, from Plymouth, died in November 2019 after a three year battle with a rare blood cancer and was supported by Children’s Hospice South West (CHSW) at it’s Little Harbour children’s hospice in St Austell.

Since Oliver’s death his family have been fundraising hard for the charity and its hospices. Oliver’s Mum Nicky explains the support they received and why they want to give back;

They just made everything so easy, and at a time when you don’t know where to look or where to turn or how on earth you are going to get through this horrendous time in your life, they’re there, they hold your hand, they wrap their arms around you and they just take you through it.

Starting off the summer of fundraising was a charity golf day in June held at Boringdon Park Golf Club which raised over £3300. 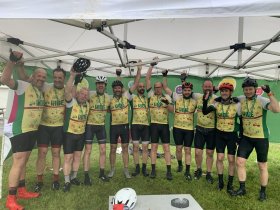 Then in July Oliver’s Dad Mike, along with 10 friends and family, took part in CHSW’s 3 day cycle; Ride for Precious Lives. Alongside 90 other cyclists they pedalled over 200 miles from Bristol all the way down to St Austell raising over £15,000. 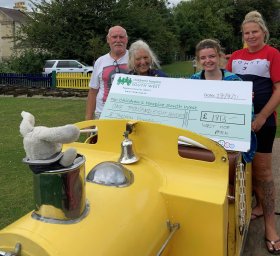 A Party in the Park was then held at West Hoe Park, one of Oliver’s favourite places, on Saturday 17 July.  Park owners Jan and Robbie James kindly donated all proceeds from the train, rides and refreshments on the day to CHSW raising £1813 for the charity.

“The park was one of Oliver’s most loved places, especially the Gus Honeybun Train.  It was always first on the list of places to visit” explained Mike. “Jan, Shelley and the team were always incredible and welcomed Oliver with open arms.” 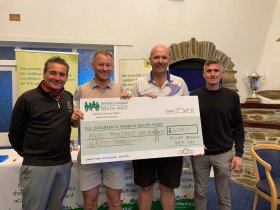 On 17 September a Golf Day was also held in Oliver’s memory at Staddon Heights Golf Club. £4150 was raised on the day from over 100 generous golfers all keen to support the charity which is still involved with Oliver’s family.

Zoe Partridge, Area Fundraiser for CHSW said “Oliver’s family have shown incredible support for Children’s Hospice South West since Oliver’s death. We are so grateful for all the funds that have been raised as well as the awareness and want them to know just how much their support means to us and all the families across the south west that we offer care to.”

Throughout 2021 CHSW is celebrating its 30th anniversary, if you would like to join in with the celebrations and organise your own fundraiser or make a donation please call Little Harbour on 01726 871800.