Home News Chocks away for high-flying fundraisers Ray and Arthur 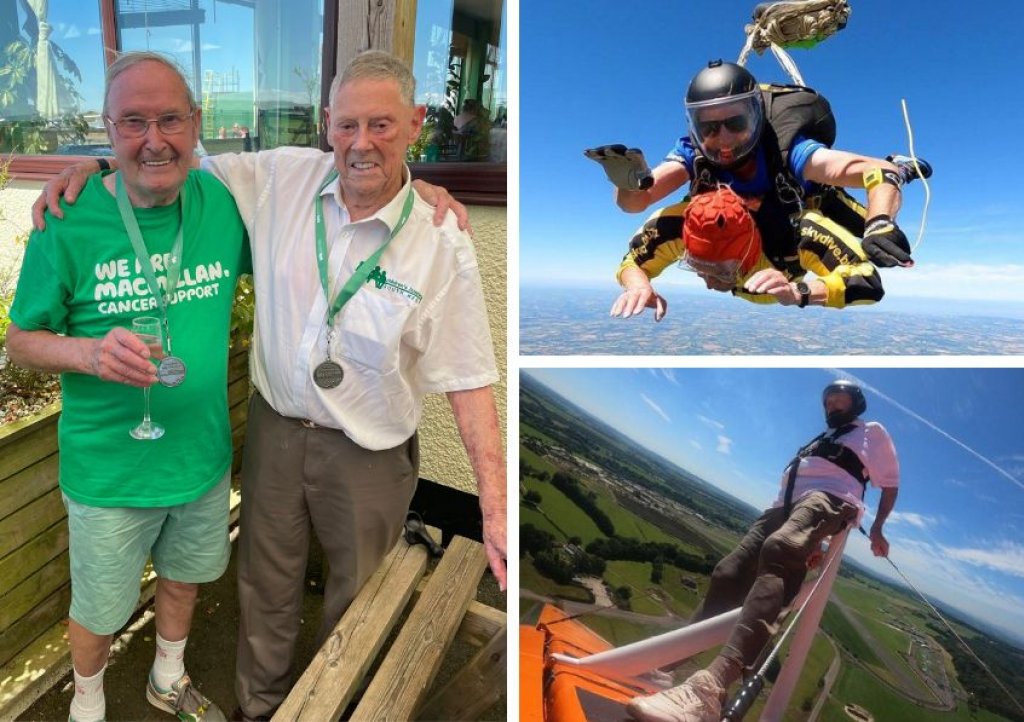 Ray Hales, 94 from Barnstaple completed a wing-walk, and Arthur Bennett, 90, also from Barnstaple, did a skydive at Dunkeswell Airfield near Honiton. 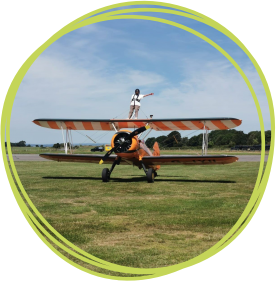 The daredevil friends and former Western Power Distribution (SWEB) colleagues were blessed with blue skies and perfect flying conditions for the spectacular flying feats that they hope will raise £10,000 between the two charities.

First up, it was chocks away for Ray, who climbed onto the wings of a 1940's Boeing Stearman biplane in preparation for take-off.

"It was quite difficult getting on and off the plane but when I was up in the air I really enjoyed it,” said Ray, who did a skydive for CHSW in 2018.

It was such a brilliant day and lovely looking down at all the little sheep in the fields; the cars looked like toy cars going down the road. 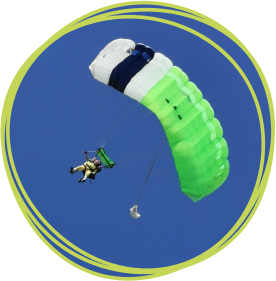 “It did think the plane might do a few loop the loops but it was very relaxing actually and very pleasant experience,” added Ray, who has been raising money and volunteering for CHSW for more than 30 years.

“Right from the start all I’ve done is try to help this fantastic charity and I will continue to do as much as I can for as long as I can.”

After Ray came safely back down to earth, it was time for Arthur’s skydive, something he has done twice before to raise money for charity – once in 2018 with Ray and in September last year, to celebrate his 90th birthday.

“Standing in the doorway of the plane is a bit daunting but once you’re out of the aircraft, freefalling is just a marvellous feeling,” he said.

Eddie Farwell, Co-founder and Chief Executive of Children’s Hospice South West said Ray and Arthur had made wonderful memories and their efforts were truly appreciated by everyone at the charity.

Macmillan North Devon area fundraiser Andy Jones added: “Ray and Arthur are truly an amazing pair. Macmillan Cancer Support really couldn't do what we do, without the energy, efforts and bravery of daredevils like these. We are just glad their feet are firmly back on the ground.”