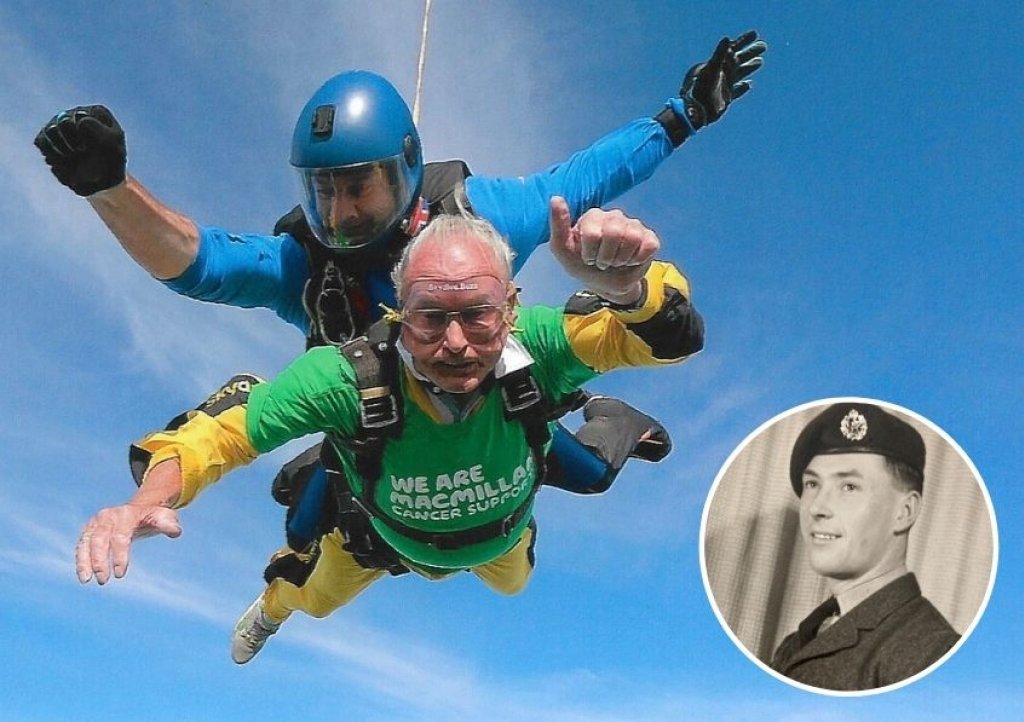 AN RAF veteran has celebrated his 90th birthday by doing a skydive for Children’s Hospice South West and Macmillan Cancer Support.

Arthur Bennett, from Barnstaple, is no stranger to jumping out of aeroplanes – he did a skydive for CHSW and North Devon Hospice in 2018 – but his latest tandem jump at Dunkeswell Airfield, near Honiton, came just days after turning 90 on September 16.

“It’s a fantastic feeling freefalling at 15,000ft and the views of Devon and Cornwall were marvellous,” said Arthur, a former RAF senior aircraftsman.

“The instructor let me take the handles for a bit and we did some spins too.

Arthur doesn’t intend to keep his feet on the ground just yet and is already planning another skydive next year as part of his fundraising efforts with daredevil friend, fellow RAF veteran and former Western Power Distribution (SWEB) colleague Ray Hales.

Ray, 93, from Bickington, joined Arthur for the 2018 skydive but was advised by his GP not to jump again due to an inner ear problem. Instead, he was given the green light to do a wing walk but had to postpone this September’s flight after breaking his arm in the summer.

Despite the setback, Arthur and Ray have already raised more than £3,000 and are determined to keep fundraising until they are both able to take to the skies again in spring 2022. 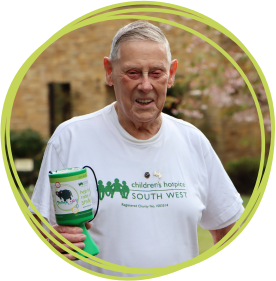 Ray, who has supported CHSW ever since meeting co-founder Jill Farwell at a Barnstaple Lions Club meeting in 1989 – two years before the charity was even officially established in 1991– said: “I’m disappointed not to have been able to join Arthur this time but hope to be well enough next spring.

“We want to raise as much as we can for these two great charities so if anyone would like to sponsor us, please get in touch or make a donation on our Virgin Money Giving page. Thank you.”

CHSW area fundraiser Ruth Morgan said: “We are so proud of Arthur and Ray and think their energy and determination to support local causes close to their heart is truly inspirational.

We wish Ray a speedy recovery and hope to see him fit and well again soon.

Macmillan area fundraiser Andy Jones added: “What an incredible duo Arthur and Ray are – proving that you are never too old to take on any challenge! Without dare devils like these two we wouldn’t be able to support people in North Devon. We are so touched by their support and we can’t wait to see them both up in the air again next spring.”