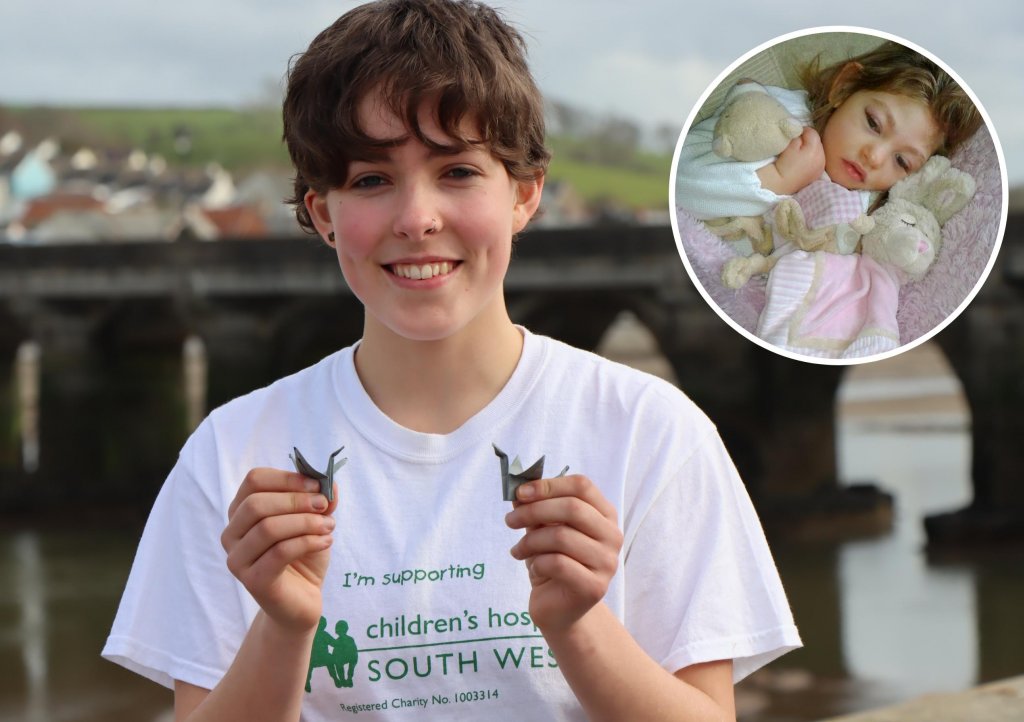 A Bideford teenager will be racing against the clock next week to complete an emotional origami challenge in memory of a four-year-old girl from the town.

Aria Mitchell, 16, will be attempting to fold 1,000 paper cranes in just 24-hours to raise money for Children’s Hospice South West (CHSW), after hearing about how the charity supported Imogen Smale and her family.

The Bideford College Year 12 student recently became a CHSW Young Ambassador and said she was inspired by hearing Imogen’s mum Emma talking about the difference the charity’s Little Bridge House hospice in Fremington had made to their lives.

“Imogen died in 2016 but the family visited Little Bridge House for respite stays when she was alive and are still in regular contact with the hospice today,” said Aria.

Hearing how the hospice helped the family create such precious memories together, and how it continues to have such a positive impact in their lives, was really moving and made me want to do something to help.

Aria’s ‘One Thousand Cranes for Imogen’ challenge will start at the Durrant House Hotel at 5.30pm on Friday, April 29 and will end at Affinity Devon at 5.30pm the following day, where she hopes to present a jar of the finished cranes to Imogen’s younger sisters, Evie and Amelie.

"It took me about 15 minutes to learn how to make a paper crane but I’ve been practising and it now takes me around 75 seconds to make each one, so I really hope to be able to make all 1,000 cranes in 24 hours,” added Aria.

“Paper cranes hold a special place in Japanese folklore and it is said that folding 1,000 gives a person a chance to make one special wish. No family would ever wish to need a children’s hospice, but my wish would be that should any family ever need that support, they will always find it.” 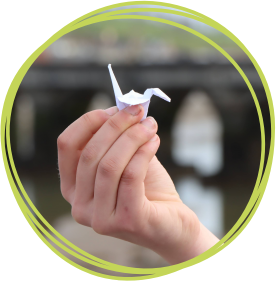 Aria became a CHSW Young Ambassador in November after members of last year’s young ambassador programme spoke about the charity at a school assembly.

“It’s such a good opportunity to find out more about the charity and make a positive impact towards the work it does. We’ve had training days at the Queen’s Theatre to learn about the hospice, and to help with presentation skills. I’ve also been able to volunteer at fundraising events, such as the Santa Run at Rosemoor.”

Volunteer CHSW Young Ambassador programme coordinator Steve Warner said Aria was a shining example of what could be achieved through the programme.

We are incredibly proud of our young ambassadors and Aria’s challenge is such a super way for her to be able to help raise the profile of CHSW, as well as some vital funds for the charity.

“We’ll be supporting her throughout her challenge, and if anyone would like to come along and cheer her on or make a donation to her fundraising, we’ll be at Affinity Devon from 8.45am on Saturday.”

People can also sponsor Aria on her Just Giving page.

The CHSW Young Ambassador programme is a charity-school/college partnership offering young people an opportunity to develop their personal and professional skills, while helping to raise the profile of CHSW, said Steve.

Anyone aged 15 can get involved – email Steve at stevewarner.volunteer@chsw.org.uk for details.