Home What we do Inspiring stories William's story 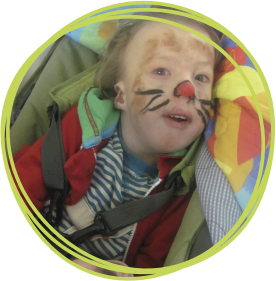 William has Edward’s Syndrome, a condition also known as t18 or trisomy 18. William's mum Lizzie is passionate that families are able to access all the support they need to allow them to make the most of their time with their children. When she can, Lizzie shares her story in the hope to gain more support for charities like Children’s Hospice South West. 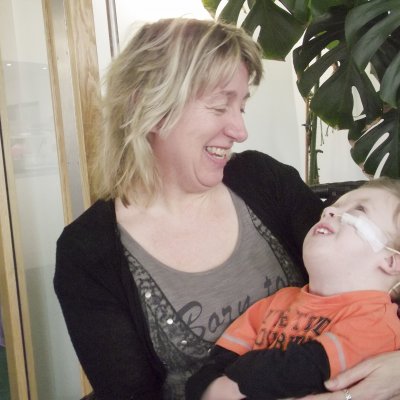 Nothing can ever prepare you for the news that your baby is going to have a short life and has a really complex condition. No one can comprehend how life can change in a second. When we heard the devastating news about William, I felt like I was on a film set. It felt like it was someone else’s lives, not ours they were talking about. I was hoping the camera would stop rolling and everything would be normal again.

The first year with William was like being in a crushing device. His breathing kept stopping and we would have to shake him gently and pinch his feet to bring him back. We had a Diana Nurse in once a week, but no medical equipment, no respite and were given no hope by the hospital consultants. We were told to have some time with him as he wouldn't survive much beyond three months. After three months we had a birthday party and did so on the 11th of each month until William’s first real birthday!

Our lives became a circus. There were all the appointments, hospital admissions and people coming to see him.

The support and care we receive from CHSW is fantastic and we are so grateful to be able to enjoy time as a family, with a chance to rest and be ‘Mum and Dad’ again.

It was suggested we go for a break at Little Bridge House Children's Hospice in Devon, which we initially refused. We were dubious as to its purpose. Eventually we became so exhausted, we gave in and tried it out. Without our trips there I don't believe William would have survived, because in our exhausted state we weren't thinking straight. Our health was suffering; we had sleep deprivation, a poor eating pattern, and I was suffering from bouts of depression and panic attacks.

Since it’s opening in 2011, we have been going to Little Harbour in Cornwall for much needed respite breaks. The support and care we receive from CHSW is fantastic and we are so grateful to be able to enjoy time as a family, with a chance to rest and be ‘Mum and Dad’ again.

None of us want to think too much about a child coming to the end of their short life. But that’s the reality of this situation. There is nothing that can come close to the futility of a life cut short. But with the right support and a children's hospice close by, their short life and their life's end will have been full and dignified to the end.