Home What we do Inspiring stories Harry's story 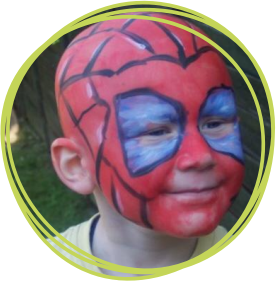 Harry Davies was born on 12 January 2004. Aged three and a half he was diagnosed with a rare bone cancer in his lower arm. Harry spent the next eight months at Bristol Children’s Hospital having Chemotherapy and in December 2007 underwent surgery in Birmingham to have the Radius bone removed from his arm. More Chemo and radiotherapy was needed before Harry was allowed back to his home in Weston-super-Mare in June 2008.

In early June 2011, Harry relapsed and his parents’ worst fears were confirmed as Harry was diagnosed with Acute Myeloid Leukaemia. His dad, Darren, said: “The amazing thing was to see and talk to Harry you wouldn't have thought there was anything wrong with him at all, he was just like any other boy though, to quote him, he does have ‘wonky blood’.” Harry’s mum, Sharon, said: “That’s when we were Introduced to Charlton Farm. We initially visited for just the day with the boys, which helped. We met some of the staff who would be on our journey with us. Harry loved the staff and had a few favourites!” 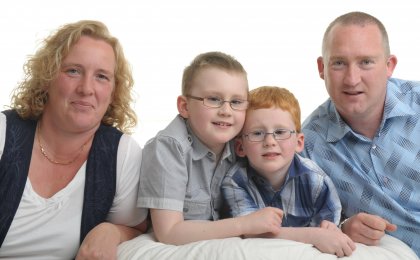 Darren said: “After our day visit, we stayed for three weeks. That was a bit surreal because we knew this would be the last place, the last holiday, we would be together. The staff were really welcoming and I remember them taking our bags up to our room and me thinking that it was like a hotel! The atmosphere was like a lovely holiday home. Harry had one-to-one care from the staff and Josh was looked after by the Sibling Team. Harry had his own room downstairs and the rest of the family had rooms upstairs where we could stay or rest we needed it.”

The whole family made some lasting memories during their stay at Charlton Farm. Sharon said: “We made friends with other families staying there. I remember Harry having water balloon fights and would squirt water at everyone except his favourite nurse, Katie! He made pancakes and was happily up building Lego at 4am in the morning. But that was ok, the staff were fine with it.”

Darren said: “We went on a trip to LegoLand, which was a huge undertaking for the Care Team and a lot of planning went into the visit. But the whole family made the visit and loved it. We could never have done that on our own. It would have been so stressful for us. But for the Care team, nothing was too much trouble.”

Harry died at Charlton Farm on 16 July 2011 and was laid in a special room at the hospice called Starborn. The family stayed at Charlton Farm and were given help organising the funeral. It had a Dr Who theme as Harry was a huge fan of the show. Even the flowers were arranged in the shape of Daleks.

Sharon said: “When the time came there was no better place to be or people to be with. What is more, the hospice continued to support us to help deal with our loss for as long as we needed it. We still visit Charlton Farm and go to events like the family fete in the summer. With the help of our friends we are so intent on trying to support CHSW who run three hospices and are making the most of short and precious lives across the South West. We would ask you all to help us support them.”