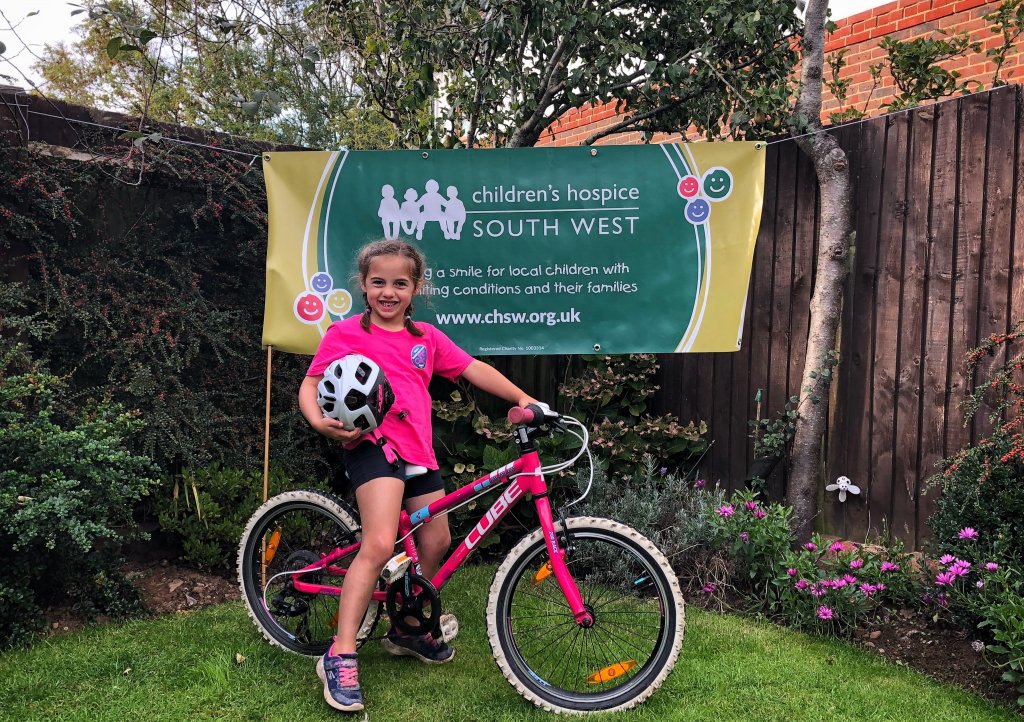 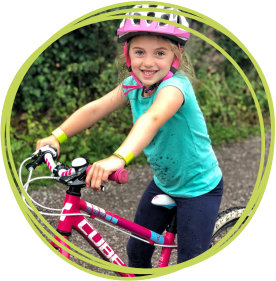 Having learnt to ride a two-wheeled bike during lockdown, Elena wanted to set herself a challenge and raise money for her local children’s hospice, CHSW’s Charlton Farm in Wraxall. Elena clocked up the impressive distance riding her bike around Leigh Woods and locations in her hometown such as the Marina, Merlin Park, the Lake Grounds and the Nature Reserve, which was her favourite place to cycle.

Dad, Gavin, said: “Proud is an understatement! I have loved cycling every kilometre with Elena and I am amazed by her determination to complete her challenge.”

At the beginning of August the five-year old aimed to cycle 50k and raise £100, but when this was achieved and the month was far from over, Elena doubled her target distance and increased her fundraising goal.

Elena said: “It makes me feel surprised that so many people have sponsored. I feel really proud of myself. I wanted to help the children and the charity.”

Frances Kenneally, Community Fundraiser at CHSW, said: “What Elena has achieved is absolutely fantastic and it's incredibly heart-warming to see such a young person dedicated to doing something to help others. As a charity largely reliant on voluntary donations we’d like to thank everyone who has donated and who encouraged Elena to keep pedalling!”