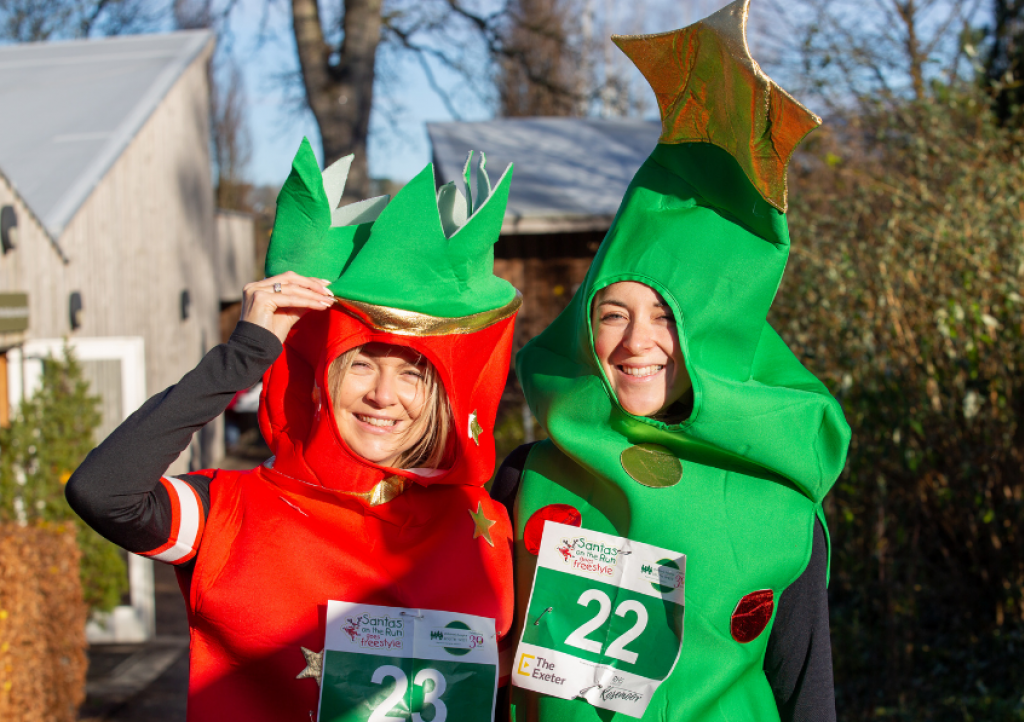 Almost 1000 people took part in a festive fundraiser across the region over the weekend 4-5 December which has raised thousands of pounds for Children’s Hospice South West (CHSW). 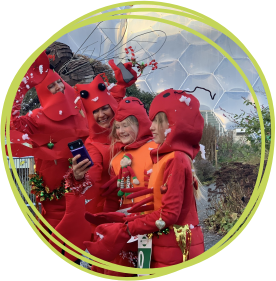 This year the annual festive fun run was adapted to make it more environmentally friendly with participants encouraged to bring, or make, their own costumes. Supporters of all ages fully embraced the chance to decide on their own outfits and a vast selection of Christmas characters joined in the event ranging from an inflatable Christmas tree to giant elves, reindeer, the grinch and even a family of lobsters.

Kiley Pearce from the events team at CHSW said;

This event always marks the start of the festive season at CHSW and seeing so many people getting creative with their festive outfits and raising vital funds for our hospices was fantastic.

Our three hospices are there for families 24/7 and will remain open over the festive period so the sponsorship raised at these events really does mean a lot to the children we support and their families.”

CHSW has three children’s hospices; Little Bridge House in Barnstaple, Charlton Farm near Bristol and Little Harbour in St Austell and this year has been celebrating its 30th anniversary. The charity needs more than £11 million a year to run its hospices which provide respite and resilience stays, palliative care, end of life care and bereavement support as well as virtual support and home visits; supporting children and families when and where they need it most.

There is still time to take part in Santas on the Run Goes Freestyle virtually, simply click here to sign up before Christmas Eve and complete a 2km run or walk while supporting CHSW and you will receive a special 30th anniversary CHSW medal.

To see photos and videos from the weekend please visit the Santas on the Run Goes Freestyle facebook group.

This years event was kindly sponsored by The Exeter.