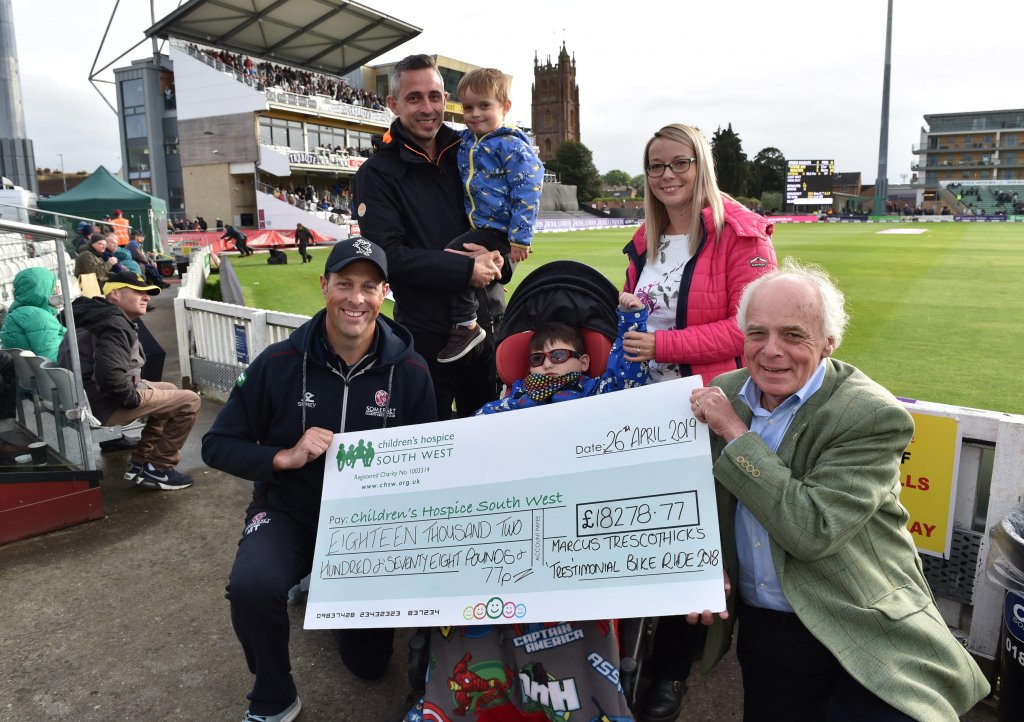 The Somerset County Cricket Club star and Ashes winner has been an ambassador for CHSW since his benefit year in 2008 and supported the charity during his testimonial year last year.

The former England batsman was accompanied by a couple of his friends during his gruelling 324-mile ‘Trestimonial’ cycle ride cycle across the South West in October. He was also joined by other riders at various stages during the week. Cyclists clocked up an average of 65 miles a day, with Marcus finding time to call in at CHSW’s three hospices – Charlton Farm in North Somerset, Little Bridge House in North Devon and Little Harbour in St Austell.

Riding alongside Marcus for the entire journey was Kevin Morris from Bridgwater, whose son Finley is one of just 70 children in the world known to have a rare genetic condition known as Sodium Channel Brain Disorder.

Kevin and his family are able to visit Charlton Farm for respite and joined Marcus to present the money raised – £18,278.77 – to CHSW chief executive and co-founder Eddie Farwell at a recent match at the Cooper Associates County Ground in Taunton.

Marcus said: "I was delighted that we were able to raise so much money on our bike ride for Children's Hospice South West last autumn and wish to thank all of the sponsors and supporters who contributed so generously towards the total. 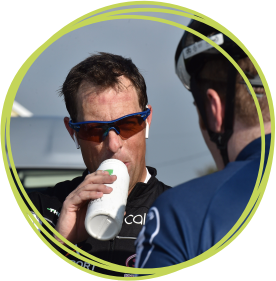 “I would also like to thank my fellow riders who put so much effort into completing the ride alongside me. One of those riders was Kevin Morris whose son Finley is cared for by CHSW, and I was really pleased to have the chance to meet up with Kevin and his family again when we presented the cheque to CHSW.

“Eddie Farwell and his team at CHSW do such a fantastic job looking after life-limited children and their families, and I am always humbled when I see what incredible work they do and what a difference it makes to those children's short and precious lives.”

Eddie Farwell, said: “Marcus’ fundraising efforts for CHSW are every bit as special as his cricketing heroics and we are extremely proud to call him an ambassador of our charity.

“He has been such a passionate and proactive supporter of CHSW for so many years and we are truly grateful for his support. The money and awareness he has raised makes a huge difference to the ongoing care and support that we offer to more than 500 children with life-limiting conditions and their families across the South West.”