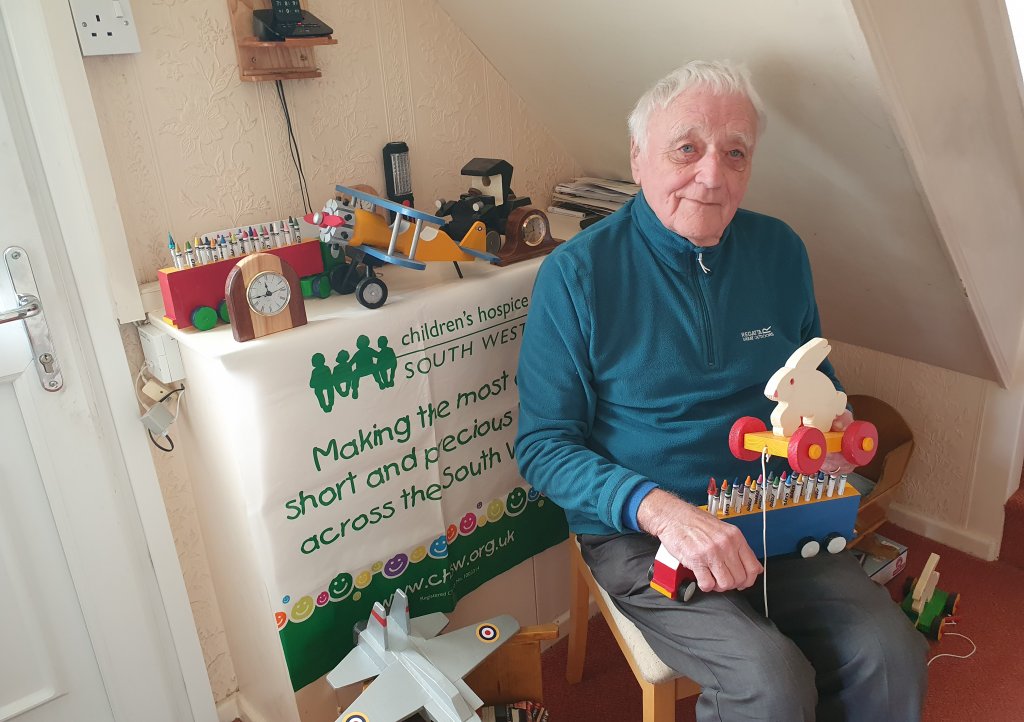 John chose to support CHSW after he visited the charity’s Charlton Farm hospice in North Somerset several years ago. John said: “It was a real eye opener, the place is absolutely beautiful.”

John was so inspired by his tour of Charlton Farm that after his visit he could not stop talking about it. He recently delivered his handmade toys to the children visiting the hospice for respite stays. His toys have also been used to raise vital funds for CHSW by the local Bridgwater Friends Group.

CHSW was founded 30 years ago and has provided a safe haven of care, support and friendship for thousands of children with life-limiting conditions and their families.

The charity’s first hospice, Little Bridge House, opened its doors in North Devon in 1995. Huge demand for its services led to the opening of the charity’s second hospice, Charlton Farm in 2007. In 2011, Little Harbour opened in Cornwall, meaning that no matter where families live in the South West, children’s hospice care is available within an hour-and-a-half drive.

Today, CHSW supports more than 500 families across the peninsula. The charity provides respite, emergency, end-of-life and bereavement care and support for the whole family. It has adapted its care during the pandemic to ensure Covid-safe support wherever and whenever families need it, including for the first time ever, in families’ own homes.

The charity needs around £11m a year to run its three children’s hospices, and around 85 per cent is raised through voluntary donations.

Julie Draper, Area Fundraiser for CHSW said, “Donations like these really mean a lot to our children and families at Charlton farm and we can't thank John enough for his kindness and generosity.”