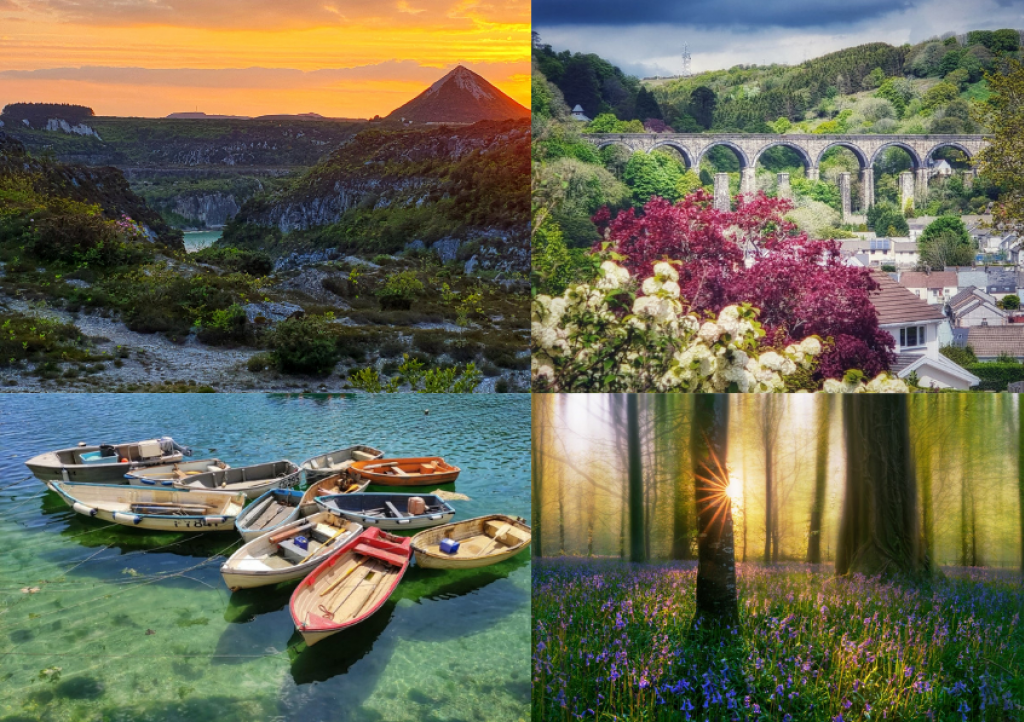 A calendar full of images taken of St Austell and the surrounding area is being sold to raise funds for Little Harbour children’s hospice at Porthpean.

‘St Austell Friends’ facebook group ran a competition in June for its 10,500 members, where page followers were asked to submit a photo from the local area. Followers could then vote for their favourite and the 12 photos with the most votes are being included in the calendar.
The photos chosen for inclusion in the group’s 6th annual calendar capture picturesque scenes around the area including Cornish sunsets, fishing boats, china clay pits and Charlestown harbour.

The calendar is on sale for £8.50 (inclusive of postage) and has been sponsored by 12 local businesses who each feature in a different month.

Choosing Childrens Hospice South West - Little Harbour was an easy choice to make this year, as it seemed fitting to be part of the charity’s 30th anniversary celebrations and a cause close to many of our members hearts.

Each year we sell more and more calendars with some travelling as far as Australia, USA, Norway and Canada. I'm always so grateful for the support of our 10,000 plus members and would like to take this opportunity to say thank you for their support".

There is a limited print run of the calendars so anyone interested in ordering one, for delivery in November, is encouraged to join the ‘St Austell Friends’ facebook page where information about how to order and pay can be found. Alternatively please contact Nikki directly on nikkihotchin@hotmail.co.uk

Bernadette Chambers, Area Fundraiser for Children’s Hospice South West said; “We are delighted that CHSW’s Little Harbour has been chosen to benefit from this years St Austell Friends calendar. With the hospice at Porthpean supporting over 145 local children and their families, many from the St Austell area, it is fantastic to have the backing of the incredible St Austell Friends community. This support means a great deal to us in this -  our 30th year, but as the calendars hang in people’s houses we hope they act as a reminder to keep supporting us throughout 2022 too!”