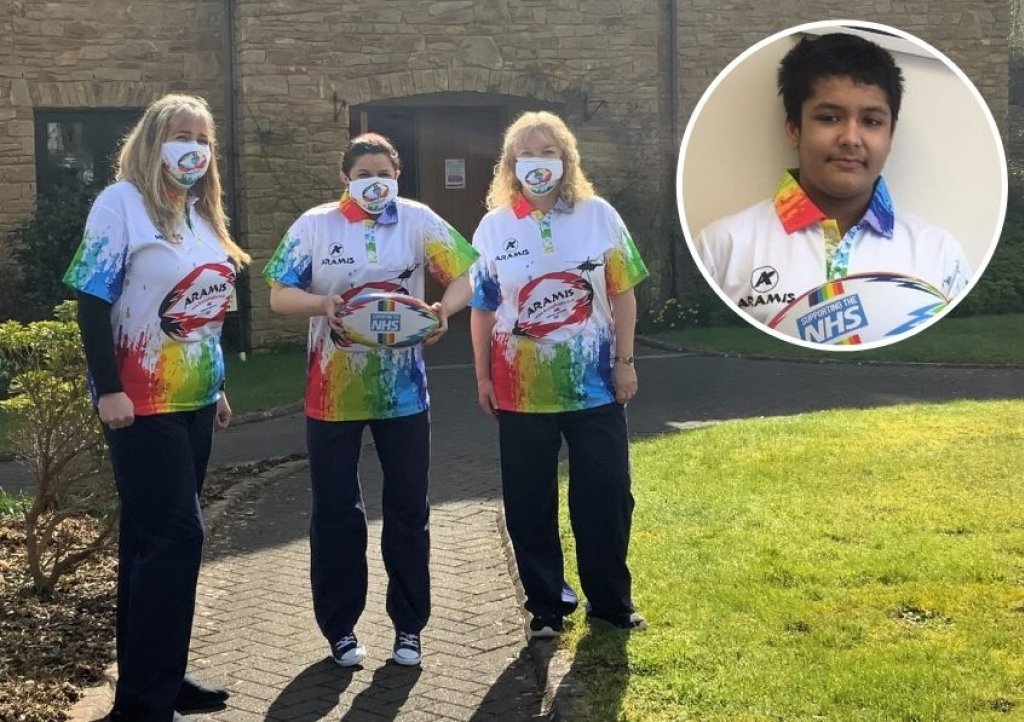 A young rugby fan from North Devon is raising thousands of pounds for ‘healthcare superheroes’ by selling rainbow-themed rugby shirts and balls that he designed during lockdown.

Eleven-year-old Ryan Mahajan has raised £5,000 for charity since June last year after watching the news and being inspired by the incredible efforts of frontline healthcare workers.

With the help of his family’s company, Aramis Rugby in South Molton, he produced and sold colourfully designed shirts and balls in aid of North Devon Hospice and North Devon District Hospital charity Over and Above.

Now, he hopes to raise a similar amount for Children’s Hospice South West (CHSW) after learning about how the charity’s nurses have continued to provide vital support for hundreds of children with life-limiting conditions and their families during the pandemic. 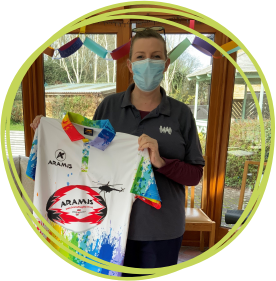 Ryan, who plays for Barnstaple RFC Under-11s, said: “I read on the children’s hospice website about what lockdown has been like for families with seriously ill children and how the charity has been helping them through it.

“Their nurses are doing an amazing job and I really want to support them as much as I can by selling even more rugby shirts and balls.”

Ryan also came up with the idea of selling rainbow face masks and all three products are available to buy from the Aramis website, at £45 for the shirts, £25 for balls and £20 for a set of four face masks. Every penny from each sale will be donated to CHSW, with Aramis absorbing the production costs.

Ryan has even written to Prime Minister Boris Johnson to enlist his support. Mr Johnson and Health Secretary Matt Hancock wrote back with some words of encouragement and signed and returned three balls and shirts that Ryan hopes to auction off for CHSW later this year.

Mum Roshni said she was proud of her son’s efforts to help others.

The ‘Superheroes Project’ was Ryan’s own idea and we are doing our best to support him.

“Ryan used to watch the daily news briefings during the first lockdown last March and was inspired by all the weekly claps for the NHS and frontline workers, and specially by what Sir Tom achieved by walking in his garden. 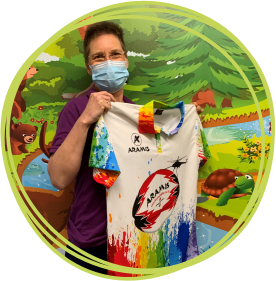 “He asked if he could set up a ‘table’ outside our local supermarket and sell rugby balls and masks from there but as this was out of the question due to social distancing, I suggested he sell them online instead.

“We have seen recent media reports of how charities are struggling with their fundraising during these uncertain times and we want to do our bit for our communities and offer some support.”

“Ryan has done such an incredible job supporting healthcare superheroes but he is a fundraising superhero himself and we are incredibly grateful that he has decided to rally for CHSW care teams in such unprecedented times,” he said.

“The lockdowns have brought new and often terrifying challenges to families caring for children with life-limiting conditions, many of whom have seen care packages fall away and their wider support networks disappear because of the pandemic.

“Our care teams have had to adapt to ensure Covid-safe support wherever and whenever families need it most, including in the hospices, and for the first time ever, in families’ own homes. They have been amazing, working in such different ways and in difficult circumstances, often wearing uncomfortable PPE for long hours but can only do that thanks to wonderful support from people like Ryan.”

Paul Courtney, Director of Fundraising at Children's Hospice South West thanks fundraising superhero Ryan Mahajan for supporting the vital work of the hospice by selling rainbow-themed rugby shirts and balls that he designed during lockdown