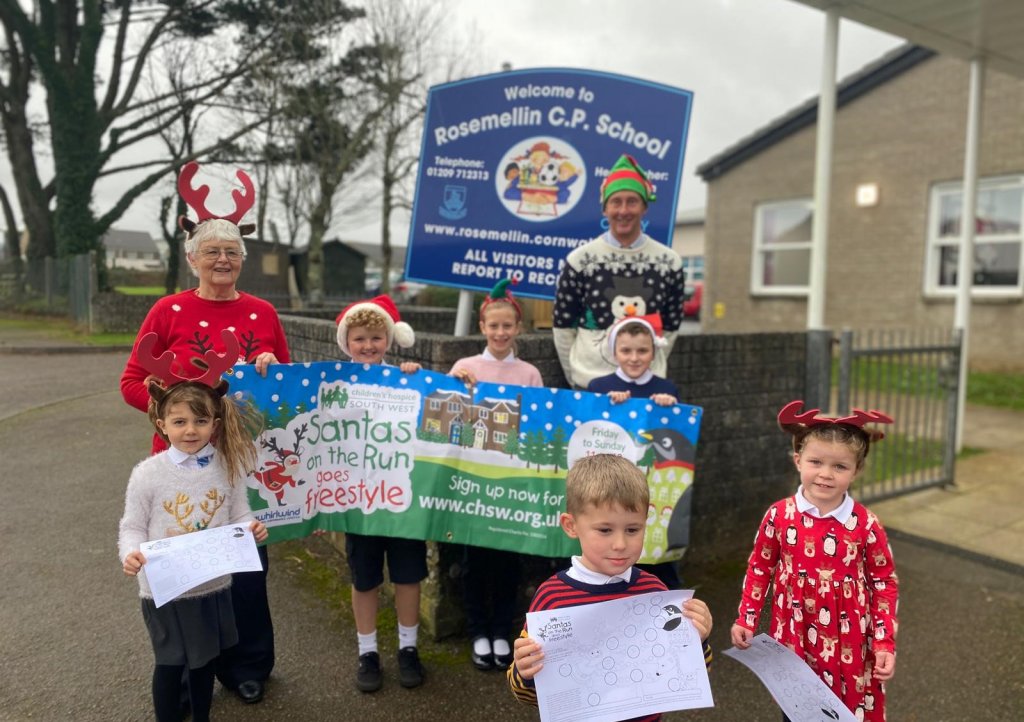 Rosemellin Community Primary School in Camborne is one of many Cornish schools getting involved with Children’s Hospice South West’s (CHSW) Santas on the Run goes Freestyle event.

The charity has turned Santas on the Run, its annual festive fundraiser usually held at Eden, virtual and is encouraging as many people as possible to get involved between 11 – 13 December.

Staff and children from Rosemellin School will be taking part by running around their school running track in festive fancy dress on Friday 11 December and raising vital funds for CHSW while doing so.

The children need something to look forward to in these really strange times so to be able to dress up Christmassy and to do a santa run around our running track will be lovely as well as raising money for such a worthwhile cause.

"The children know all about Children’s Hospice South West and as a school we have raised lots of money for the charity in the past."

Rosemellin School along with all other schools that sign up will be automatically entered into a competition being run by Whirlwind Sports, Community Partners for the event, to win 50% off PE equipment for the school.

It is free to sign up to Santas on the Run goes Freestyle and the virtual event will see thousands of people across the region putting their own stamp on the festive fundraiser. Whether it’s completing 2k dressed as an elf, cycling 5 miles as a reindeer or simply going on a walk in a cosy Christmas jumper, the options are endless but all will raise awareness and vital funds for the local children’s charity. Anyone who donates £15 or more will also receive a medal.

We really want to get as many people taking part in their own communities, workplaces or schools over the weekend as possible.

"It is so lovely to have some festive fun to look forward to and money raised will of course be supporting the children and families who continue to require the care provided by Little Harbour, our children’s hospice in St Austell."

To find out more about the event simply click here or if you are interested in getting a local school involved in Santas on the Run Goes Freestyle call Kiley Pearce at CHSW on 01726 871800.

Anyone taking part in the event should adhere to government guidelines when doing so.