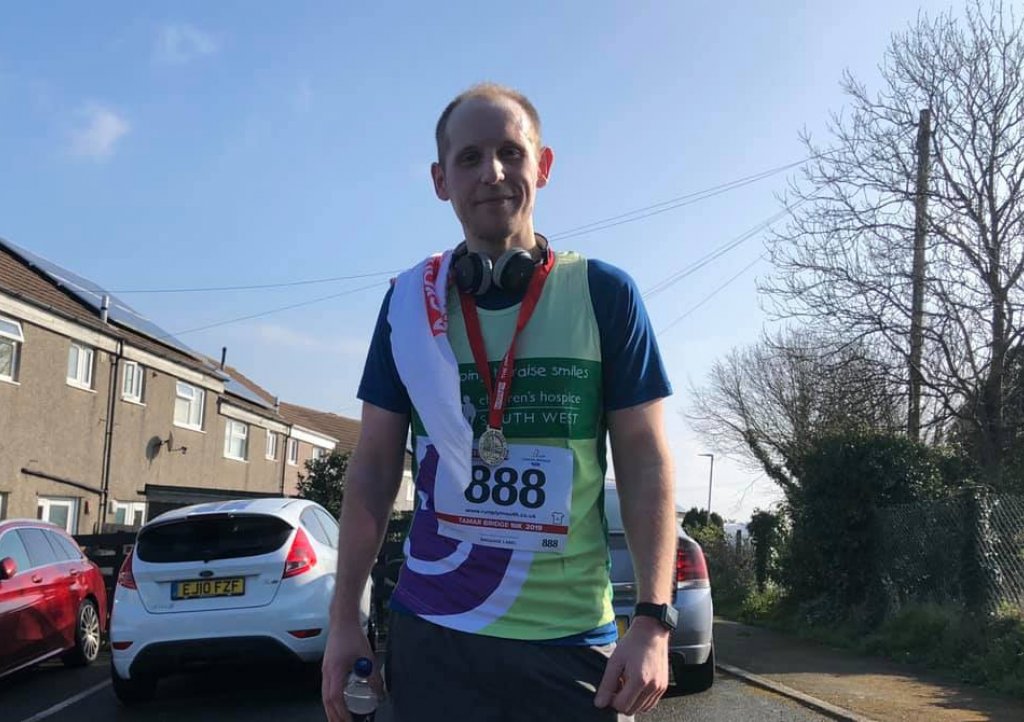 Phillip Hornibrook from Stoke in Plymouth has fully embraced supporting the charity chosen by his workplace as Charity of the Year for 2019 by taking on a year of challenges.

Phillip has worked for Tamar Telecommunications as a Technical Engineer for the past four years and when the company chose to support Children’s Hospice South West (CHSW) as its Charity of the Year and he visited Little Harbour children’s hospice in St Austell he was instantly inspired to get involved in helping to raise vital funds. 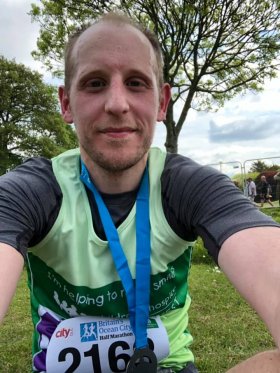 Phillip has already completed the Tamar 10k in March and Britain’s Ocean City half marathon in Plymouth in May, he is now off to complete the Three Peaks Challenge and then will complete Plymouth 10k in October.

Phillip explains why he decided to set himself these challenges:

After Tamar Telecommunications chose CHSW as their charity of the year I visited Little Harbour children’s hospice and I saw what a great place it was and the work that was being done there. I’d just started running again to get fitter and CHSW felt like such a worthwhile cause that I could support while doing these events.

Sarah Nuttall-Worsley, Corporate Partnerships Fundraiser for CHSW explained the importance of support like this from local businesses and their employees:

“At Children’s Hospice South West we rely heavily on donations from people out fundraising on our behalf to help us raise the £3million a year that we need to keep Little Harbour running.

We are so grateful to businesses like Tamar Telecommunications for choosing to support us for a whole year and for getting their staff so involved and motivated with the fundraising. It really will make a difference to the families we support.

CHSW has three children’s hospices in the south west including Little Harbour in St Austell which is currently supporting almost 130 families from across Cornwall, Plymouth and the surrounding area.  Little Harbour offers children with life limiting illnesses short breaks, respite, palliative care as well as end of life care and bereavement support. Alongside the expert medical care provided to the child during their stay the hospice also supports siblings and parents with memory making as well as emotional and practical support.

For anyone interested in finding out more about Charity of the Year partnerships with Children’s Hospice South West or how you may be able to help in a different way please contact Sarah Nuttall-Worsley on 07966 264369 or email sarah.nuttall-worsley@chsw.org.uk or your local Corporate Partnerships Fundraiser.