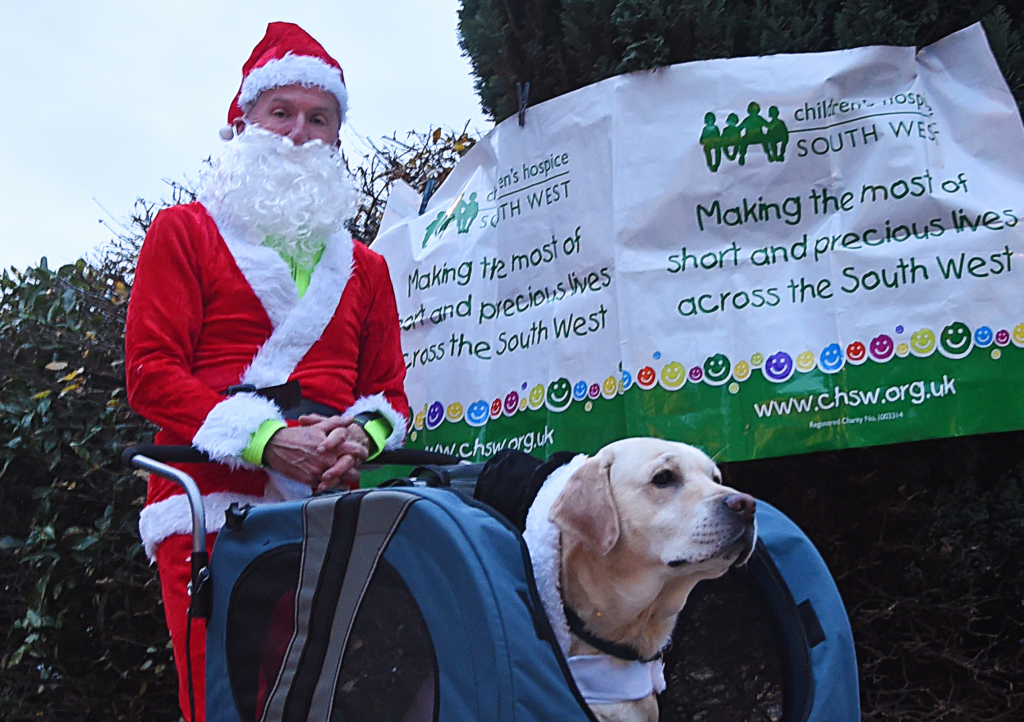 Andrew Buckle from Bradley Stoke and his dog Raff will be raising some Christmas cheer in their festive gear by taking part in Santas on the Run - goes freestyle, on 13th December. 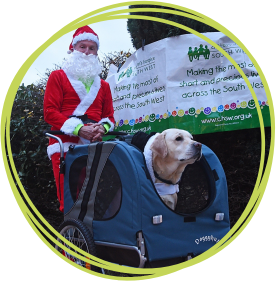 With Andrew dressed as Santa and Raff in an Olaf suit, the pair will be making their way across the city from their home in Bradley Stoke to Children’s Hospice South West’s (CHSW) Charlton Farm in Wraxall, North Somerset.

Raff, a 35kg yellow Labrador Retriever, will spend some of the 14-mile journey being pushed by Andrew in his festively decorated Dog Hut. It’s estimated it will take 6-7 hours to reach Charlton Farm, the only children’s hospice facility for families in Bristol.

Frances Kenneally, Community Fundraiser at CHSW, said: “Our annual Santas on the Run event attracts thousands of people who join together on Bristol Harbourside dressed as Santa to raise vital funds for Charlton Farm. Due to the pandemic, we’ve offered supporters the opportunity to take part ‘virtually’ over the weekend of 11-13 December, enabling them to choose their own distance, route and their festive outfit – and Andrew has certainly embraced that!” 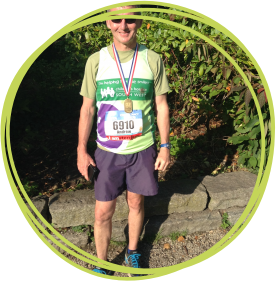 Having taken part in Santas on the Run in Bristol a number of times before, Andrew wasn’t put off at the prospect of the event turning virtual: “Quite the opposite”, he said: “It became even more of an interesting challenge! I have long been a supporter of CHSW and took part in the Amsterdam Marathon for the charity in 2017. I really can’t think of a better cause.”

Help Andrew reach his target of £350 by donating to his fundraising page.

Sign up to take part in Santas on the Run – goes freestyle!

Participants who raise £15 or more will receive a special Santa medal.

Santas on the Run - goes freestyle is kindly supported by Whirlwind Sports.