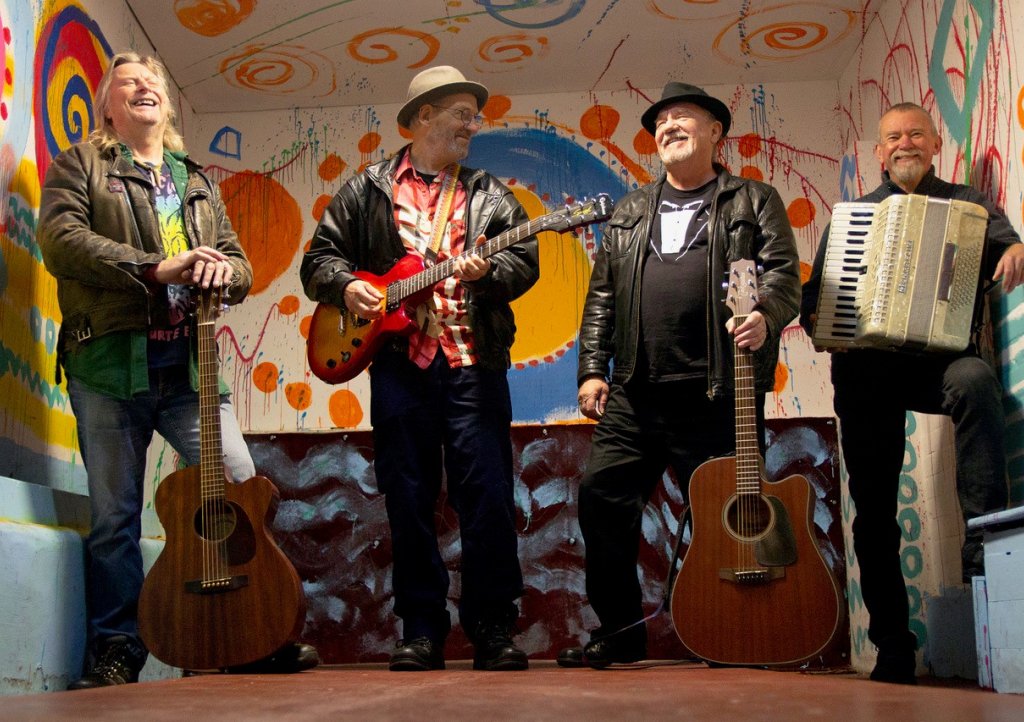 Four North Devon musicians are celebrating their birthdays next month with a Birthday Bonanza Concert to raise money for Children’s Hospice South West.

Steve Ruffe, Andy Knight, Mick Burke and Glenn Bower share 25 decades of music between them and will be taking to the stage at Appledore Social Club on Sunday, December 8 from 7.45pm.

The friends have been playing together in sessions and bands for many years; each has their own style, so expect anything from haunting originals to sea shanties, folk music and rock covers on the night.

As well as the live music, there will also be a silent raffle and a silent auction of promises, some of which will be surprisingly quirky, such as Steve’s promise to take the lucky bidder out for a spin on his flame-decorated Victory motorbike, or songwriter Andy’s promise to write a song for you about the subject of your choice.

All the boys are in their sixth decade except for Mick who will be entering his seventh. Mick and friend Lorraine Turner decided to hold the concert to raise funds for the charity’s Little Bridge House children’s hospice in Fremington.

Mick said: “Whatever your taste, be assured the raffle and auction will not be getting in the way of the music. Appledore Social Club has generously waived all entry fees on the night and the club has a good bar with plenty of comfortable seating so come early to enjoy a musical bonanza by local musicians doing what they love to do.”

Anyone who would like to donate a raffle prize can email Lorraine Turner.