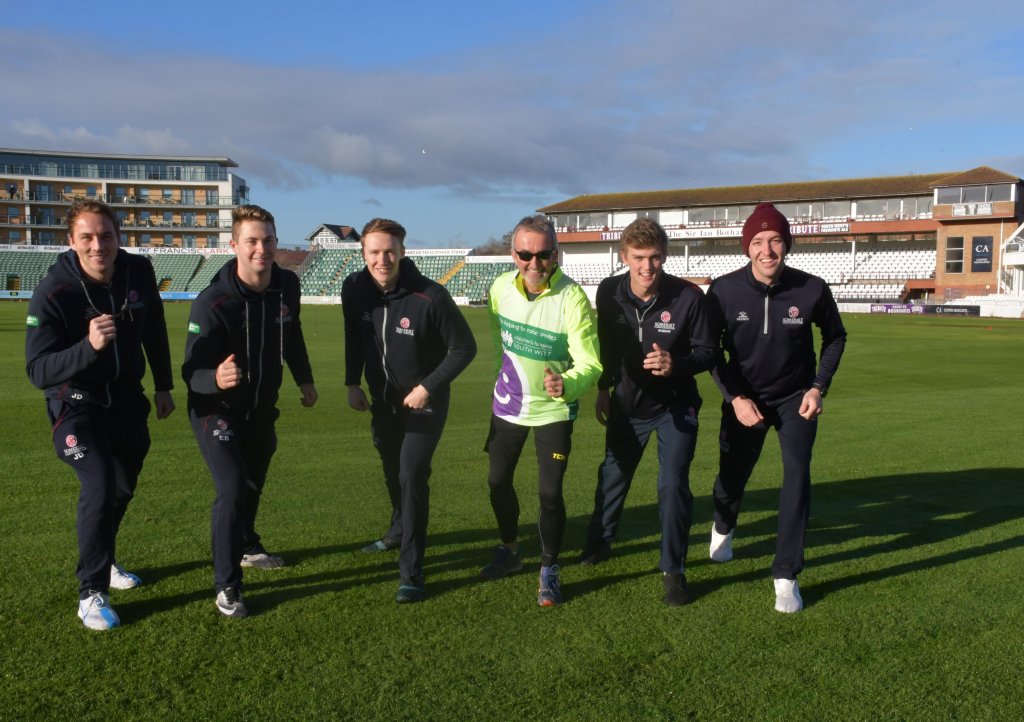 If you’re taking your training for the 2019 Virgin Money London Marathon up a notch this January, you’re not alone!

Former Somerset County Cricket Club chairman, Andy Nash will be among many running their first ever marathon on Sunday, April 28 – and he returned to the County Ground in Taunton yesterday (Wednesday) to train with members of the Somerset first team.

Andy discussed a number of training tips and techniques to help with his latest phase of marathon preparations.

He said: “Joel and the players had some really good advice for me in terms of warm up and the importance of nutrition. We also talked about what causes the pain and what to do about that.

“Preparations are going really well and so far, I’ve managed to avoid injury. Soon we will start building up the length of the training runs.

At the moment I’m doing three runs a week. My long run is on a Sunday and that is up to 20K now but over the next 15 weeks we will begin to increase that.

“I would really like to thank all those who have already donated because we have reached a total of nearly £7,000 so far, which is phenomenal,” added Andy, who retired as the club's chairman in January last year after 14 years at the Specsavers County Championship club – 10 of which he served as chairman.

As part of Andy’s fundraising campaign there will also be a special collection at the Club’s first fixture under the new floodlights on April 26 when Somerset take on Essex Eagles in the Royal London One-Day Cup.

Children’s Hospice South West provides hospice care for hundreds of children and their families all over the South West. 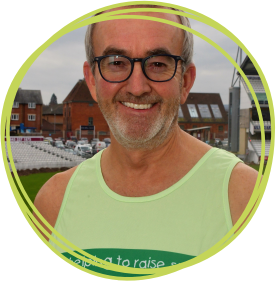 You can support Andy by making a donation to his online marathon fundraising page.

Look out for some eye-catching auction lots, including cricket tickets, experiences and memorabilia, donated by Somerset CCC and other county clubs on the CHSW eBay site.

You can also keep up to date with Andy’s progress via his blog.

Are you take part in a running event in aid of CHSW? Chat to other runners and share training tips and advice on our dedicated CHSW Facebook running group.