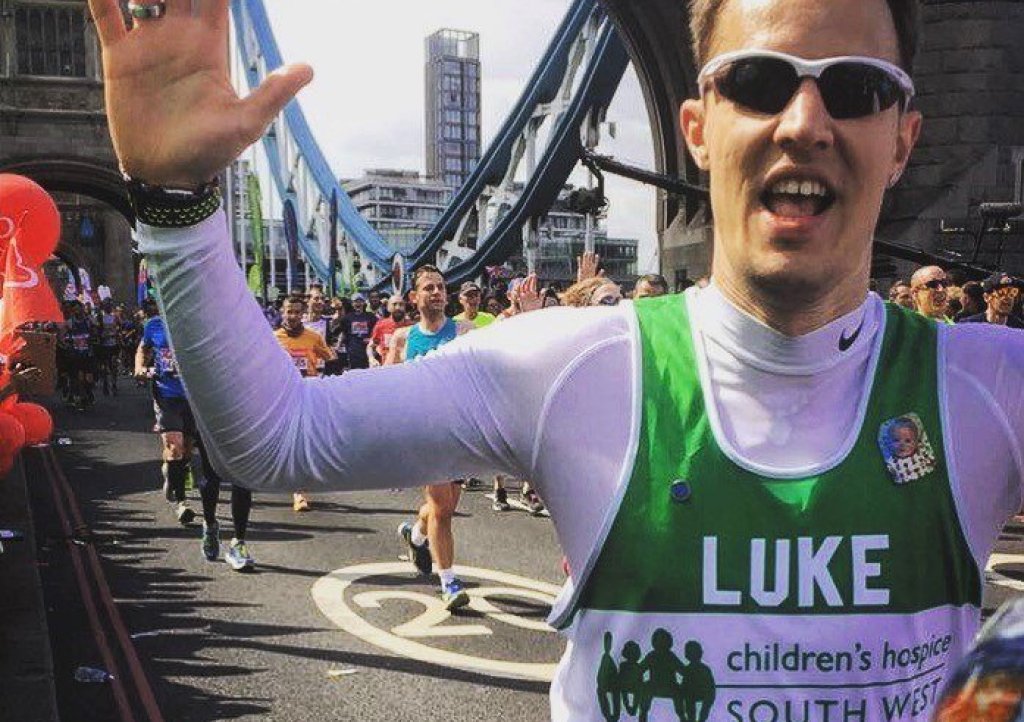 A bereaved dad from North Tawton will be joining 45,000 people running the first ever ‘virtual’ London Marathon next month.

Luke Compton had been gearing up to take on his second London Marathon in April but the event was postponed and finally cancelled due to the coronavirus pandemic.

Instead, he’ll be taking on the 40th edition of the world-famous race in his own way on October 4 – by running from his son Kaleb’s grave in North Tawton to Little Bridge House in Fremington, North Devon.

Luke, 31, said his ‘world fell apart’ the day 18-month-old Kaleb died in June 2015, and that running has been his way of dealing with grief. 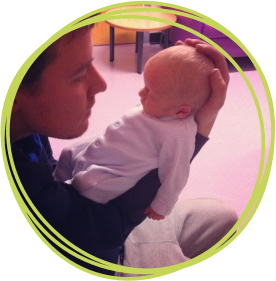 He said: “After Kaleb died, I was able to spend some time with him before his funeral at Little Bridge House. It is something I will forever thank CHSW for – warm, happy and life-lasting memories, moments I will never forget.

“The children’s hospice was and remains the most incredible charity and I promised from that day on I would do anything possible to help and raise awareness to thank them for everything they did for Kaleb and continue to do for me.”

Luke and his family have supported CHSW ever since, forming the Kaleb’s Thumbprint Friend’s Group to help raise money and awareness.

The hairdresser, who raised £7,000 running the London Marathon for CHSW in 2017 and has completed more than 50 half marathons all over the country, hopes to raise £2,000 by taking on what is believed to be the biggest virtual marathon ever staged.

Participants all over the world have 24 hours to run the 26.2 miles on a course of their own choice and Luke’s route to North Devon will actually be just under 30 miles.

“I’ve always had a burning desire to complete a very special and personal run, so I thought why not be part of the first and most likely only Virtual London Marathon,” said Luke. 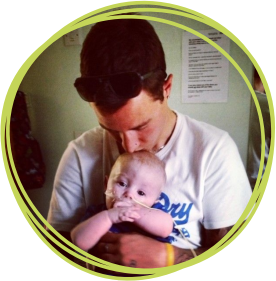 “I remember driving from North Tawton to Little Bridge House the day Kaleb passed away; my world had just fallen apart and there was the fear, heartache, pure devastation and the uncertainty around what happened next... I arrived at Little Bridge House and my worries were taken away from me.

“Five years have passed since that day and now I want to make the same journey, but this time in my Children’s Hospice South West running vest.”

Luke will be running from North Tawton to the Puffing Billy in Torrington via Winkleigh and Beaford. He will then join the Tarka Trail before hitting the road again at Instow through Yelland and into Fermington, finishing at Little Bridge House.

“I plan to run the first 18 miles alone, and then from the start of the Tarka Trail I would love people to join me for a few miles and keep me company,” he added.

I would like to run the final few miles alone, as I will have so many thoughts, memories and emotions going through my mind, but it’d be great to see as many people as possible at the finish line.

“I know times are hard but please donate what you can. I will never be able to look Kaleb in the eyes, watch him grow up or be able to hold him and just be his Dad but with the money I raise I can help other families enjoy their special family time.”

If you can sponsor Luke, please visit his online JustGiving page