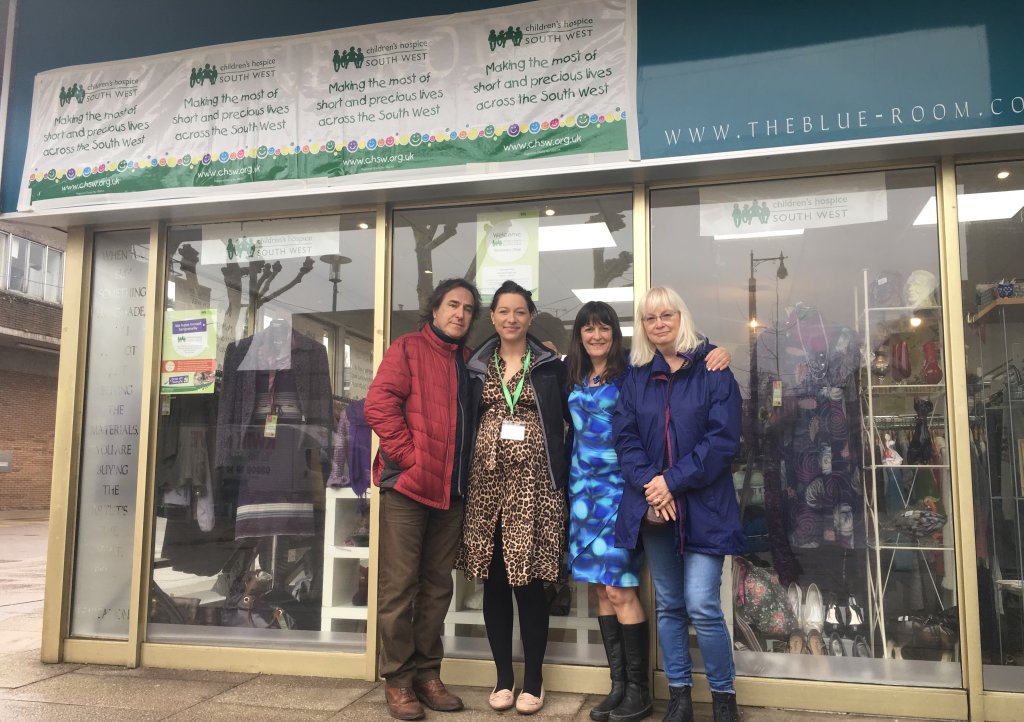 Paul and Renate O’Donnell of Wood ‘n’ Things have supported Children’s Hospice South West (CHSW) for 16 years and raised tens of thousands of pounds for the charity. Much to their delight, the couple recently won £1,000 in the charity’s weekly lottery.

The husband and wife from Cleeve first began fundraising for CHSW during the Babe Appeal - the campaign to raise funds to build its Charlton Farm hospice in Wraxall. Renate said, “It was our late neighbour who originally suggested we support CHSW. We looked into it and felt it was a hugely deserving cause.”

Paul & Renate have tirelessly supported CHSW ever since. They even love a visit to their local CHSW shop at Crown Glass Shopping Centre in Nailsea.

Renate said, “We popped in to the CHSW shop in Nailsea as we know Jane the shop manager. Jane was telling us that she didn’t have a changing room in the temporary shop so we offered her our display screens. We use them to display our woodwork but they can be fitted together and can be used as a changing room! Whilst there, I found a nice top, paid for it and Jane asked if I’d like to buy a lottery ticket. We already play the lottery by standing order every month, but I thought ‘yes, why not!’ We thought nothing of it and went home. The following week we had a call from Jane who asked if we’d checked our lottery ticket. She said a winning ticket had been bought from the shop but remained unclaimed.”

I looked everywhere for the ticket - I even looked through the bins, but couldn’t find it. I resigned myself to the fact that it probably wasn’t our ticket that won anyway

Paul said, “I looked everywhere for the ticket - I even looked through the bins, but couldn’t find it. I resigned myself to the fact that it probably wasn’t our ticket that won anyway. Then I walked into the lounge and there, on the top of Renate’s knitting basket, was the ticket. I called the shop and checked the number and it was the winning ticket! We’ve only ever won £10 before, but this time it was £1,000. We couldn’t believe it!” 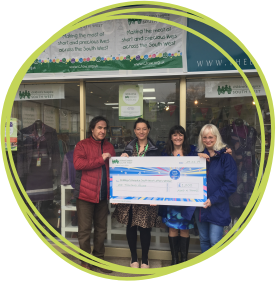 CHSW Community Fundraiser, Kylie Gallagher, said “We were over the moon when we heard Paul & Renate were the £1,000 winners! They’ve given so much to the charity for so many years, it was lovely to see them getting something back. They will be using the money to upgrade their television and microwave, but are very generously donating £200 of it back to CHSW.”

Despite having fundraised for the charity since 2003, the couple only had their first look inside Charlton Farm in December last year. The hospice opens its doors each month and visitors can book a tour of the facilities. Paul said, “It was great to come and visit. It was nothing like we expected. It was far less clinical; we expected it to be more like a hospital.” Renate agreed, “We didn’t expect it to be uplifting, but it was.”

Paul and Renate hold two Open House events each year where visitors are able to buy exclusive products made by themselves and other craftsmen. They also have a range of freshly homemade cakes available to their guests as well as offering refreshments. Their last Open House raised over £1,500 for CHSW.

For more information about Paul and Renate’s next Open House on 27-30 June, visit their website.