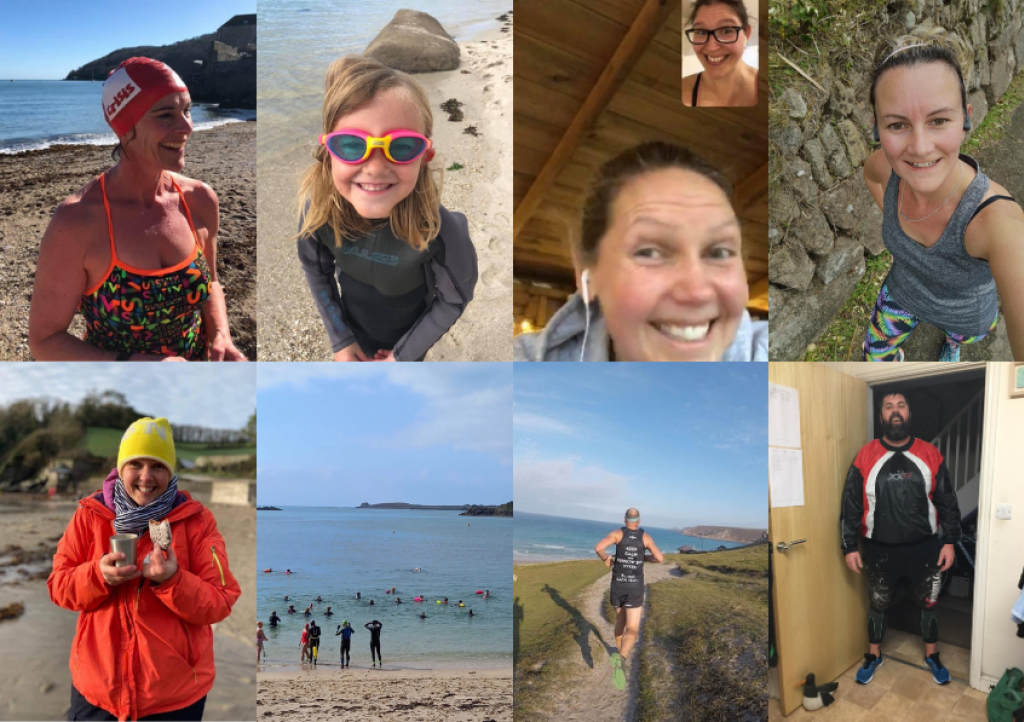 Many have struggled to keep themselves entertained throughout lockdown, especially during the winter months, however a challenge on the Isles of Scilly has not only kept residents busy but also fit.

Sea swimmers Beth Guy and Erica Swain from St Mary’s on the Isles of Scilly set up the Lighthouse Challenge as something for residents of the islands to challenge themselves to do over the winter, with the hope to also raise funds for Children’s Hospice South West (CHSW).

The challenge had three options, each with varying distances, to complete by cycling, running or walking and sea swimming. The mileage targets replicated the distances from Scilly to various lighthouses on the islands and across the UK. Participants were given from 1st October to 31st March to complete their chosen challenge which ranged from 398km to 1363km in distance.

185 people completed the Lighthouse Challenge including 45 children, mostly from the islands but some people with links to Scilly now living in other locations in the UK and abroad.

Once restrictions allowed, a swim meet was organised as a first get together for anyone who had been involved which also provided an opportunity for a medal 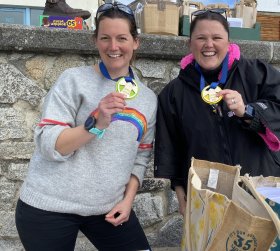 presentation. To celebrate their achievements everyone who took part was presented with a medal, made locally by Popplestone Studio on St Mary’s, and a lino print of the lighthouse of their chosen challenge created by Erica.

Over £3300 was raised for CHSW with money from registration fees and a raffle all going towards the charity donation in CHSW’s 30th anniversary year.
Reflecting on the challenge Beth and Erica have been overwhelmed by the response.

Erica said “Initially we just thought we would put together a little challenge for us and our friends to keep motivated throughout the winter months and help us get through lockdown but the interest from everyone was incredible.

It’s such a small community here that everytime you left the house you would see someone out clocking up some more miles towards their challenge and everyone just really embraced it.

The logistics of taking part in something like this for those living on the smaller islands meant they had to do hundreds or thousands of laps up and down the same sections of road or path to get their mileage up! We are so lucky to live where we do and this has led us all to appreciate our surroundings that little bit more.”

Feedback received by Beth and Erica has been incredibly positive with participants sharing on social media how much it has helped them emotionally and physically through the winter. Plans are already afoot for another challenge for winter 2021/22.

To find out more about the Lighthouse Challenge simply click here or email lighthousechallengeios@gmail.com