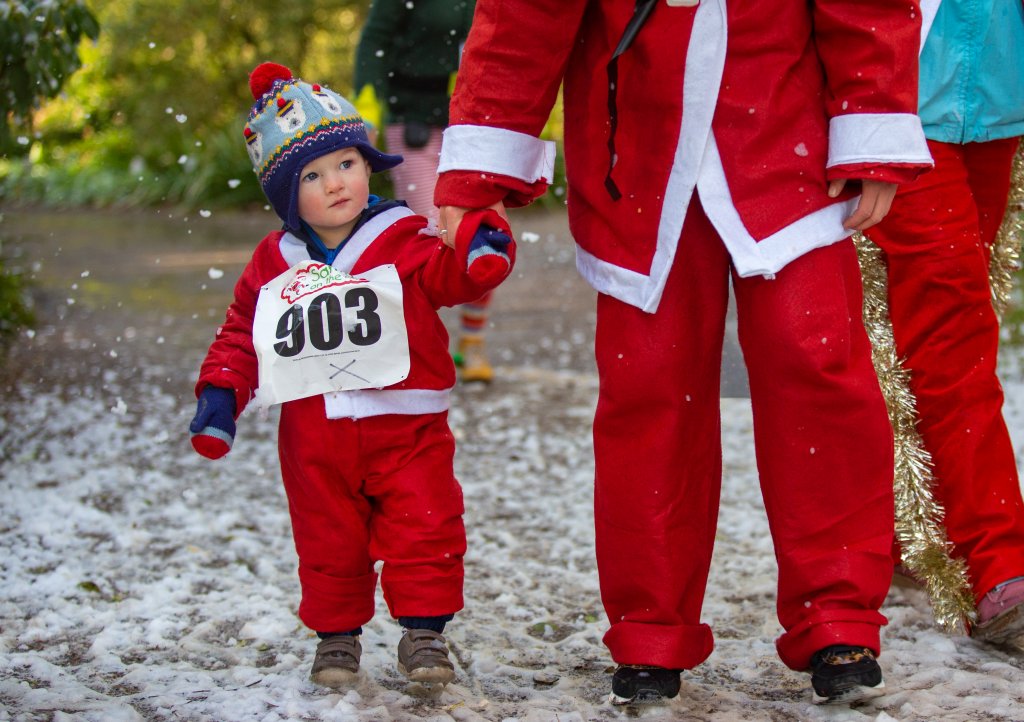 Massed ranks of more than 400 Father Christmases ran the 2km course around the beautiful gardens, near Great Torrington. 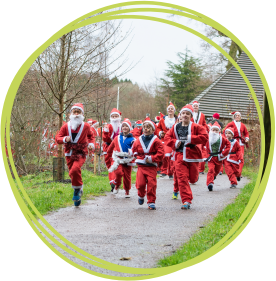 Storm Atiyah had threatened 70mph gales but the valley setting provided a perfect haven for the charity’s Santas on the Run event. In fact, the only adverse weather conditions were snow flurries caused by a snow machine designed to add extra festive flavour to the event.

Other surprises on route included mince pies and Christmas goodies at a Treat and Tipple Station sponsored by Bideford Aldi’s supermarket, and seasonal songs played by Torrington Town Silver Band.

Young runners were able to greet reindeer at the finish, and also track down a naughty elf to claim a Christmas gift.

Jayne Jarrett, events fundraiser at CHSW said: “It was wonderful to see so many Santas running around Rosemoor having fun and raising money for Children’s Hospice South West.

“It was the second year we have held the event at Rosemoor and this year was even busier and will raise vital funds to help more than 200 families who use Little Bridge House.

Thank you to RHS Rosemoor for allowing us to host the event at their gardens again, and also to everyone who took part or who volunteered their time to help us create such a fantastic day.

Before the run was started by Torrington Mayor Keeley Allin, Bideford mum Jo Boydd briefly spoke to participants about the care her son Sam receives at the Fremington children’s hospice.

She said: “Sam needs around-the-clock-care, so the respite and support offered at the hospice is vital for the whole family. I don’t think we’d be coping as well, if at all, without it.

"Just knowing that you can have a break and get some help is the only thing that allows you to survive really.

We all love it but I think if Sam had the chance, he’d probably move in!

Participants are now being asked to pay in their sponsorship as soon as possible.

“It’s only thanks to your amazing efforts that we can continue to provide first-class care for children like Sam and their families,” added Jayne.

Pay in your Santas on the Run sponsorship

Santas on the Run Rosemoor 2019