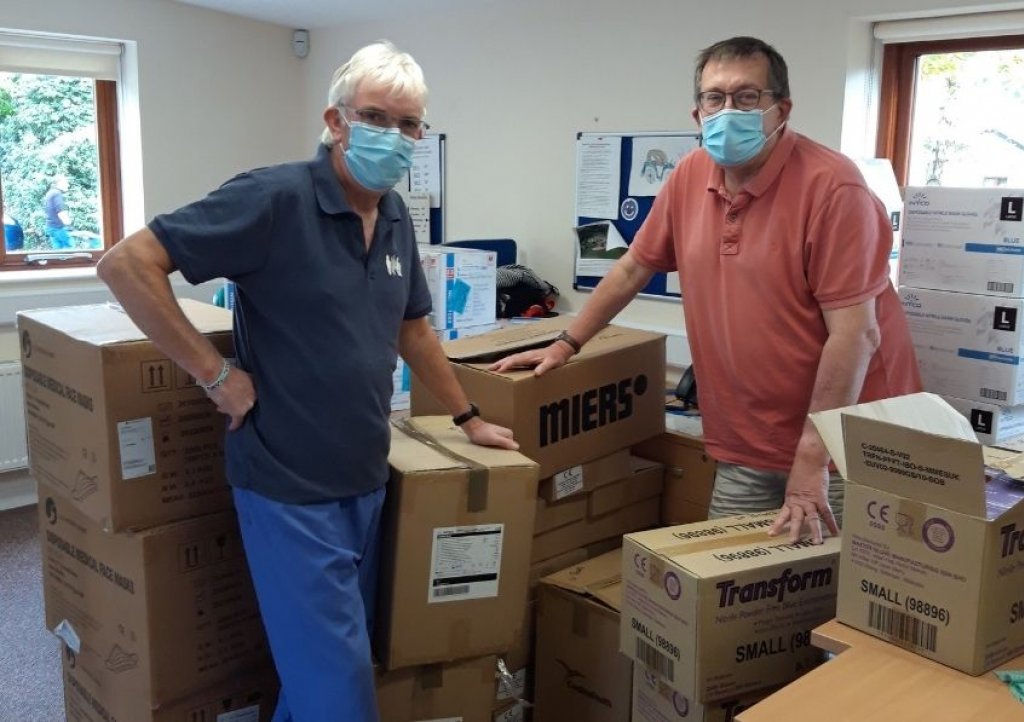 Volunteers in North Devon helping to distribute vital PPE equipment to hospices across the South West have been given a helping hand by a local removal firm.

Long-time children’s hospice volunteers Steve Warner and Lionel Murphy, both from Fremington, spend around five hours preparing and packing the equipment every Thursday but have struggled due to a lack of empty boxes.

An offer of help came in from Langtree-based Copps Removals and Storage, which has donated around 60 empty cardboard boxes to help speed up the process.

“It’s a straightforward donation but it’s made an enormous difference; an order that was taking us an hour-and-a-half now takes us around 40 minutes as we now have plenty of boxes to sort out the equipment for each hospice.”

Little Bridge House has been helping to redistribute PPE equipment since the early days of the pandemic and Steve said he and Lionel were pleased to be able to play their part in the process.

“The care team at Little Bridge House was doing it originally but they should be caring for children and families rather than sorting boxes of PPE so we were happy to be able to help out,” he said.

It’s nice for us to be able to contribute our time but also great to know that Little Bridge House is supporting other hospices by playing such a vital role in the distribution of PPE.

“Boxes of PPE are heavier than you think but we are well looked after by members of the care team with lots of cups of coffee and lovey homemade cake from the hospice kitchen.”