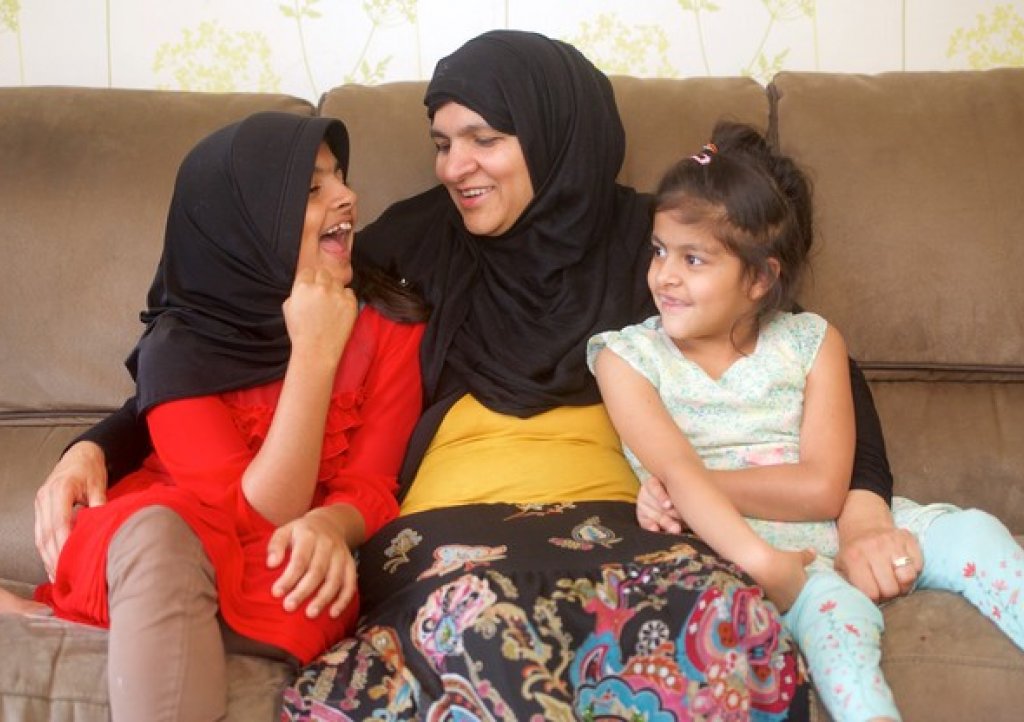 To be forced to watch one child slowly die is an unbearable pain no parent should ever have to experience. But to have two daughters diagnosed with a terminal condition seems an incredibly cruel twist of fate.

Amazingly Abida Ahmed, from Lockleaze, is battling through the horrific trauma; yet she manages to care for herself, her three other children, and even cooks for her friends and neighbours on a regular basis.

When her daughter Hadiya was six months old she was diagnosed with a rare brain condition called GA-1, which affected proteins in her body.

The devastating illness caused her motor function to gradually deteriorate, to the extent that she would cry every time her mum visited her at Bristol Children's Hospital - because it was one of the only emotions she could show.

By the end of her life she was even unable to shed a tear, which her mother Abida said was the darkest point. Hadiya died three years ago, aged 11, following several years in hospital where her condition slowly deteriorated.

But tragically, doctors discovered at birth her little sister Mariam had the same genetic illness. While it restricts all her movements, Mariam – now six – can still talk and eat.

"Although she is wheelchair bound, she is doing very well," said Abida. "Amazingly she can speak two languages. She loves puzzles – even though they can take her hours. She is so determined."

But Mariam requires constant care - to wash, dress, and eat – which Abida admits is challenging and tiring.
Despite this, she is careful to look after herself – going jogging early each day before her family wake, and cooking healthy meals – to ensure she stays fit and well.

"As a parent of a child with special needs it is very easy to forget about yourself, but it's crucial that I don't, because I can't afford to get ill," she explained.

A keen cook, she regularly offers up food to her neighbours, as it makes her feel "satisfied and happy."

"They love my pilau rice, and I think it's good to share food," she said.

Naturally, losing Hadiya and coping with Mariam's illness has had a major impact on her whole family. Her daughter Hufsa, now 10 years old, found it particularly traumatic to say goodbye to her sister when she passed away in 2013.

"She seemed to go backwards for a long time," said Abida. "She went into herself, lost all her confidence and developed problems with her speech."

Despite her own grief and the daily challenge of caring for another ill child, Abida did everything she could to help Hufsa, even travelling to London to attend a parenting course to help children face their fears and regain their confidence after a trauma.

"I worked really hard because it is so important to me that Hufsa is still able to lead a normal and happy life," she said.

"Now, three years on, she has got her confidence back is one of the happiest children you could meet. I never worry about education, or studies – to me the most important thing is that my children are happy. If they smile, then I feel proud."

Since her daughters' diagnosis, Abida says some of the highlights of her life have been spent at South West Hospice, at Charlton Farm.

The family is allowed 15 days a year, which Abida treasures as some of the rare times she is allowed to relax and read a book.

"I can't believe it if I have a cup of tea there I don't need to clear it away," said Abida. "For me that is unbelievable – a dream.

"It's a really lovely place, it has a very homely environment. I can spend time with my husband and take my other children to the park which I can never do otherwise. I feel very lucky to have it – the staff are so lovely and helpful. I like to pray and have quiet time when I'm there."