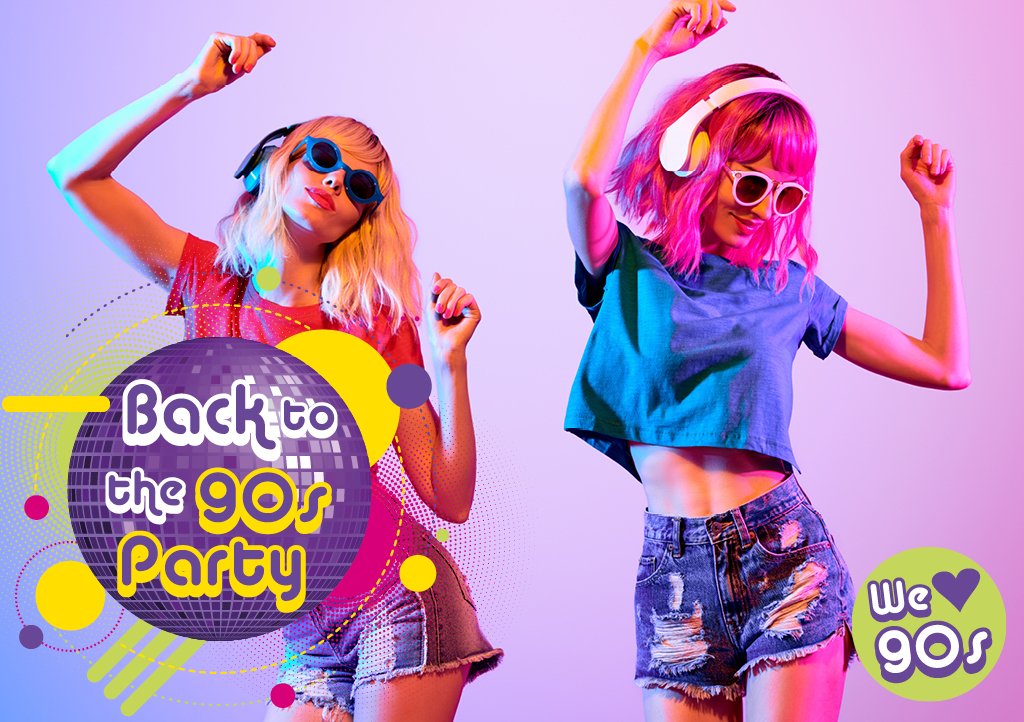 Children’s Hospice South West (CHSW) is inviting you to join them for a weekend of 90s nostalgia!

The charity is celebrating its milestone 30th anniversary this year and asking party-people to join in the awesome celebrations on Friday 17 to Sunday 19 September, by throwing a wicked Back to the 90s Party.

Party hosts are encouraged to sign up early for discounted registration where they will receive a party box, which includes 90s-themed tattoos, paperchains, bunting, posters, sweets and a selfie kit. CHSW will also provide downloadable extras including a 90s playlist, a gin cocktail making class, a 90s makeup tutorial and magic show.

Along with fellow party-goers, CHSW hopes vital funds will be raised to enable them to continue caring for children with life-limiting conditions and their families. Every dance move made, and every pound raised, will make a huge difference to people supported by one of its 3 hopsices across the South West.

Whether you’re reliving the 90s or a 90s newbie, CHSW can’t wait to party with you!

Back to the 90s Party is kindly sponsored by The Exeter.