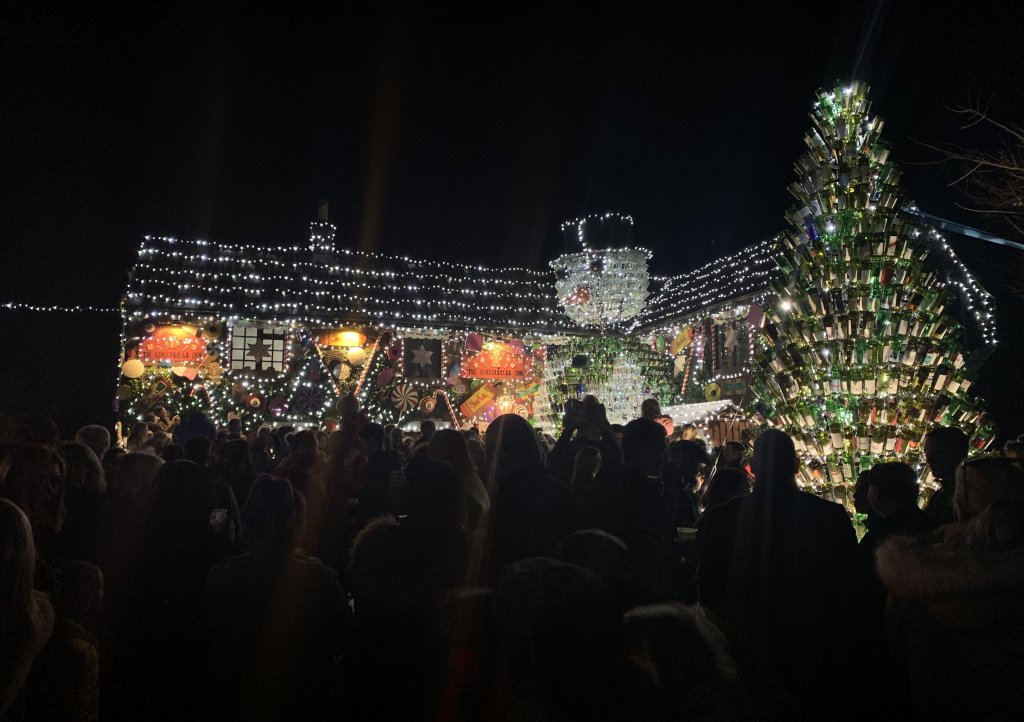 A popular local pub in Priddy, Somerset has once again transformed itself into The Gingerbread Inn over Christmas in support of Children’s Hospice South West. Last year The Queen Victoria Inn raised over £4,600 for CHSW's Charlton Farm hospice in Wraxall, North Somerset.

Landlord, Mark Walton said: “It’s Christmas and I couldn’t think of a better cause over Christmas than our local Children’s Hospice.”

The pub has become a local attraction thanks to its innovative decorations including a snowman and tree made of glass bottles.

Mark said: “The 15ft glass bottle tree was my idea. The following year, Ben Selway, and his wife Carly made the 20ft snowman as they thought we should go bigger and better! It’s a work of art. We’ve been collecting the bottles since August, although some people will tell you a Friday night in Priddy will create that many!”

Before the grand switch-on on Sunday 24 November, Clare Toller from Weston spoke for a few minutes about the support her family received from CHSW’s Charlton Farm six years ago.You can read Clare's inspiring story here.