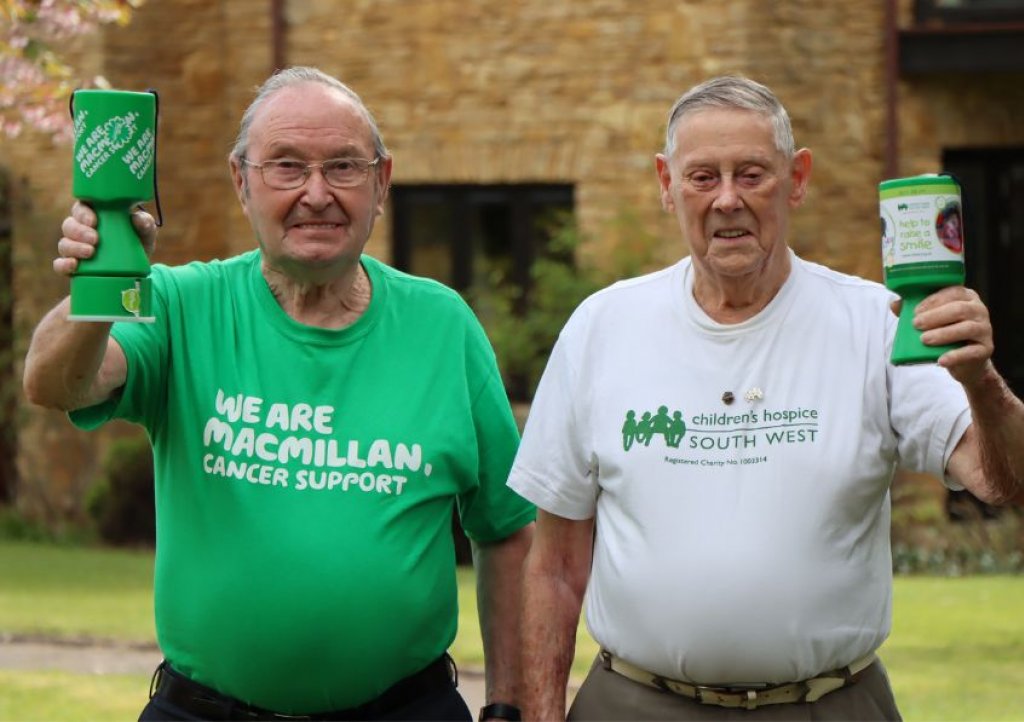 A duo of intrepid North Devon RAF veterans are preparing to take to the skies again to raise money for two charities that are close to their hearts.

Ray Hales and Arthur Bennett, from Barnstaple, have a combined age of 184. But next month, the daredevils will prove that their years are no barrier when Ray, 94, steps onto the wings of an aeroplane, and Arthur, 90, jumps out of one!

The daredevil friends and former Western Power Distribution (SWEB) colleagues are no strangers to high-flying fundraisers. They both did tandem skydives together in 2018, while Arthur strapped on a parachute to celebrate his 90th in September last year.

They hope that their wing walk and skydive at Dunkeswell Airfield near Honiton on July 10 will raise £10,000 for Children’s Hospice South West and Macmillan Cancer Support. 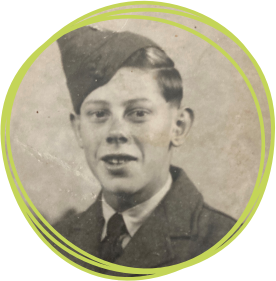 The fundraiser was postponed in September last year after Ray broke his arm during the summer. Although Arthur was still able to do his jump, he was determined to join his friend Ray, who has since been given the all-clear by his GP.

“It was very frustrating not to be able to do my wing walk last September but I’m looking forward to finally being able to do it next month,” said former RAF flight mechanic Ray.

I’ve been supporting CHSW and Macmillan for more than 30 years but being strapped to the wings of a bi-plane will be a bit different to rattling collection tins.

“If it helps raise some money for these two brilliant charities, I’ll be very happy.”

Ray and Arthur’s fundraising is already off to a flier but they hope to hit their target before chocks away in a few weeks’ time.

“It’s a fantastic feeling freefalling at 15,000ft and the views of Devon and Cornwall are marvellous,” added Arthur, a former RAF senior aircraftsman.

“During my last skydive, the instructor let me take the handles for a bit – it felt like being at Barnstaple fair!” 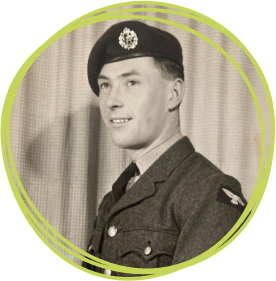 CHSW area fundraiser Gubs Hayer said: “We are so proud of Arthur and Ray and think their energy and determination to support local causes close to their hearts is truly inspirational.

“These guys constantly go above and beyond to help provide vital care to others and we will never be able to thank them enough for their support.”

Macmillan North Devon area fundraiser Andy Jones added: “Ray and Arthur are an incredible duo – proving that you are never too old to take on any challenge. Sadly, around 22 people a day in Devon hear the life changing news that they have cancer, and this number is increasing every year which means Macmillan’s support for people living with cancer is in more demand than ever.

“Macmillan Cancer Support really couldn't do what we do, without the energy, efforts, generosity and bravery of amazing fundraisers like Ray and Arthur.”

To sponsor Arthur and Ray, visit their Just Giving page.