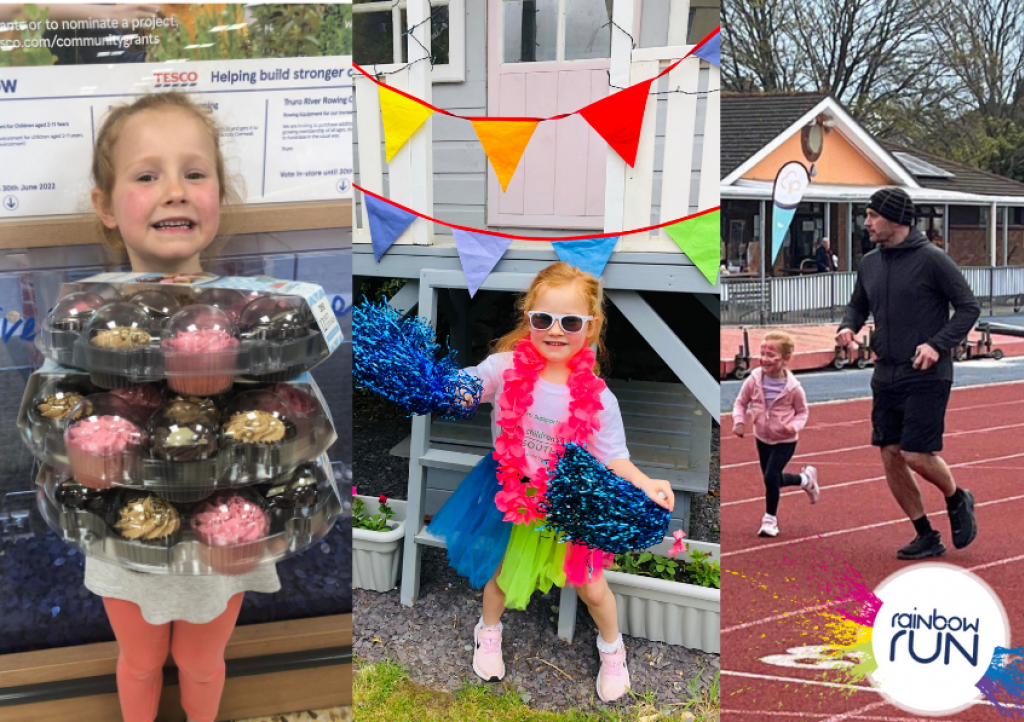 With each participant only required to raise £20 in sponsorship Sienna has well and truly smashed her target.

Sienna will be taking part in the Rainbow Run with her Dad and will be alongside more than 800 others who will be running and walking the 5km and getting covered in powder paint of all colours of the rainbow.

Since finding out how Little Harbour children’s hospice helps children with life-limiting conditions Sienna was determined to take part in the Rainbow Run and to raise as much money as possible for the hospice.

Sienna’s Mum Ashley explains how the idea came about; “Sienna’s Dad works as a biomedical scientist at Treliske so we often talk about what happens in hospitals but on driving past the road signs for Little Harbour Sienna asked us what happened there.

Sienna was really upset and instantly wanted to know more about the children and about the things that happened in the hospice.

That was when we found out about the Rainbow Run. Some friends of hers had signed up to do it and she instantly wanted to take part too to raise money for these children.

In our house we have a saying ‘it’s about memories, not things’ and we really try to remember that always. So we have really explored how the money she raises can help these children and their families to make memories together.

As well as receiving generous donations from friends and family Sienna has organised a bake sale at Chacewater School which raised £75, and involved her approaching Tesco for donations of cakes as well as baking her own cakes, and she has also got her gymnastics club involved.

Mum Ashley explains how proud she is of Sienna;

We are so proud of her and her efforts. She is a really special little girl with a huge heart and who is really thoughtful about the world and everyone and everything in it. And she isn’t even 5 yet!

Luckily Sienna will be turning five just in time to be allowed to take part in the Rainbow Run which is back for the first time since 2019.

To contribute towards Sienna’s fundraising simply visit her Just Giving page to make your donation or to sign up for the Rainbow Run yourself sign up here before Wednesday 15 June.