The reception was attended by more than 100 guests, including families who have used the hospice. 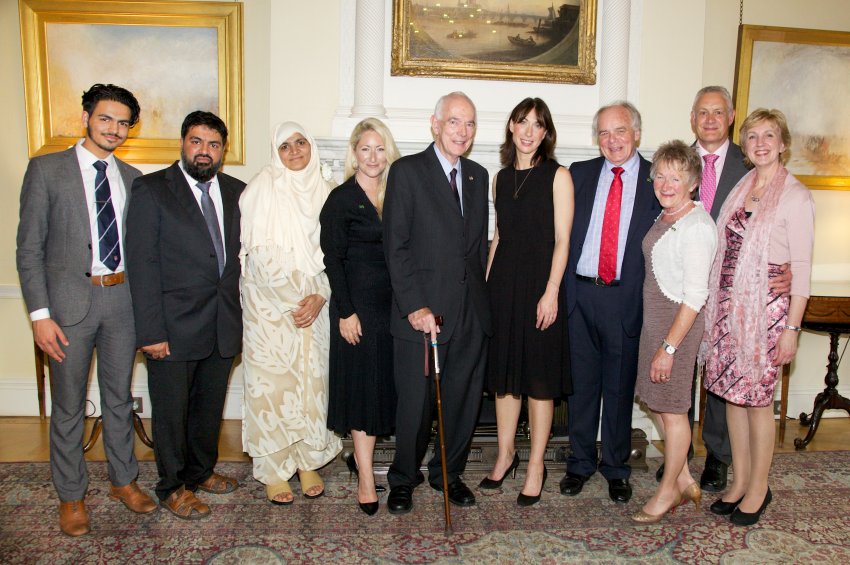 The charity’s co-founder Eddie Farwell attended the evening on 7 June and said:

This has been an immense honour and privilege. 2016 is such a special year for Children’s Hospice South West, and this has been an incredible opportunity to share my story as to how it all began and celebrate this important anniversary year.

Mrs Cameron threw the special evening gathering to mark the work done by the hospice over the last 25 years.

She said: “The work children’s hospices do for families, makes the difference between coping and not coping - it can save you.

“The children’s hospice movement isn’t that old and what Eddie Farwell has achieved in such a short space of time is incredible and so inspiring.”

Eddie and his late wife, Jill, founded CHSW following their own experiences of caring for their two life-limited children, Katie and Tom.

The charity has grown to have three children’s hospices in the South West, in Devon, Cornwall and Somerset, ensuring that there is help and support for all families living in the region.