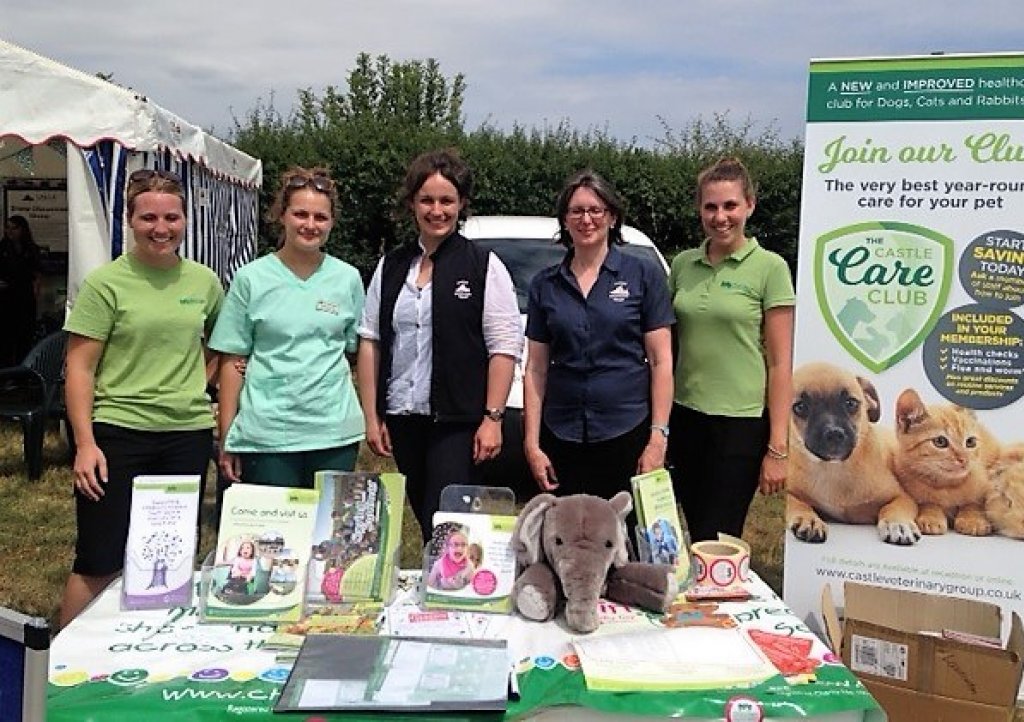 Castle Veterinary Group based in Launceston has chosen to support Children’s Hospice South West (CHSW) as it’s charity of the year and launched the partnership at the Launceston Agricultural Show.

The group decided to choose the children’s charity because of the work that they do supporting local children with life limiting and life-threatening illnesses and their families – making the most of short and precious lives.

CHSW has three children’s hospices in the south west; Little Bridge House in Barnstaple, Charlton Farm near Bristol and Little Harbour in St Austell and is supporting over 500 families across the region.

Team members at Castle Veterinary Group have lots of ideas for fundraising throughout the year including a sponsored dog walk, cake sales and much more.

On launching the partnership Mark Tucker, Director at Castle Veterinary Group said; “As a veterinary practice we do lots of practical work supporting animal charities including RSPCA, Cats Protection and the PDSA.

We therefore thought it would be good if we could support an organisation that does such wonderful and much needed work in our area supporting children and their families.

Castle Vets can trace its history for over 130 years in the Launceston area. It is now one of the largest, independent vet practices in the south west, treating both pets and farm animals across north and east Cornwall and west Devon.

Zoe Partridge, Community Fundraiser for CHSW said “We were delighted to hear that Castle Veterinary Group had chosen Children’s Hospice South West to support as their Charity of the Year for the next twelve months. The group covers such a large area and we are excited to be able to raise awareness of CHSW in these communities as well as vital funds to enable us to continue offering a lifeline to local families.”

All three of CHSW’s children’s hospices offer a home from home for families who stay for short breaks. These breaks allow them to recharge their batteries and make the most of the fantastic 24/7 care offered to their children as well as the opportunity to seek advice and support. Little Harbour alone costs around £3million a year to run which is raised almost entirely from voluntary donations.

Find out more about how your work place could support Children's Hospice South West as it's Charity of the Year.