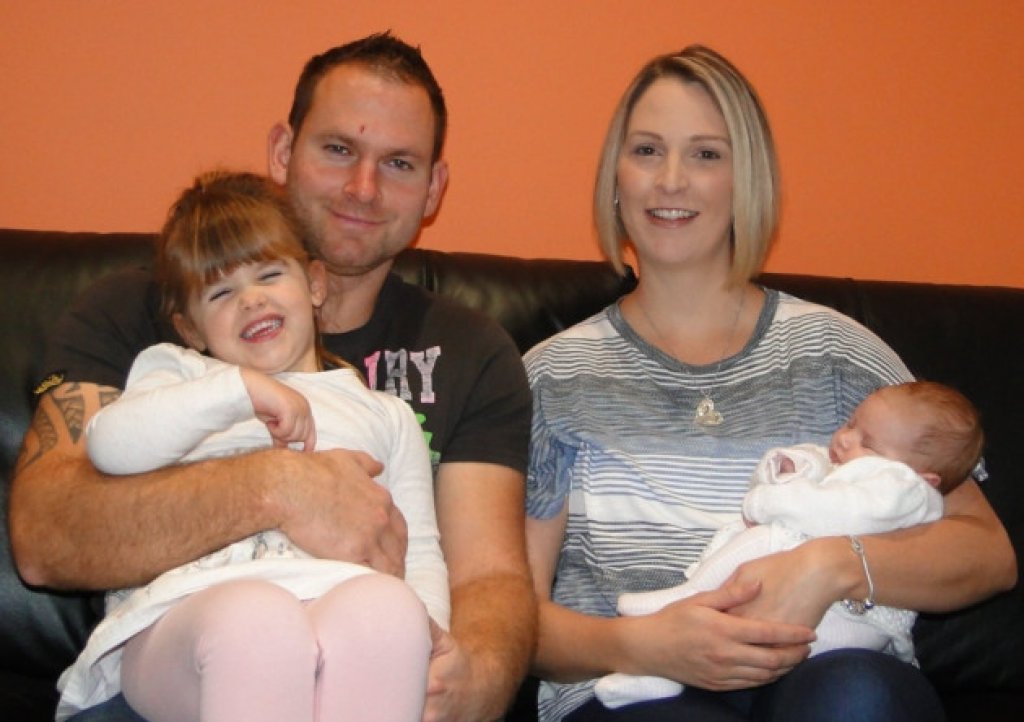 The Light up a Life services give families an opportunity to celebrate and remember those who cannot be with us.

They cannot ever thank the Children’s Hospice South West team at Little Bridge House enough for what they did for Imogen but also the whole family.

The little girl was their first child and a much-longed-for baby, but when she was born in July 2011 she had a condition called microcephaly (a head that was too small) and Emma and Mark were told she would have a ‘limited life expectancy’.

Emma said: “Imogen needed around-the-clock care, a multitude of medications, physiotherapy and her condition meant that she only ever slept for short periods at a time which was exhausting.

“We were worried that if we agreed to be referred to the hospice it meant that we were ‘giving up’ and accepting that our baby girl was going to die. Thankfully every image and thought I had as to what the children’s hospice would be like was completely wrong. It was not clinical, formal and depressing but in fact vibrant, happy and I instantly felt safe and like we finally ‘belonged.

“Little Bridge House is just beautiful and every child’s idea of a playhouse. There is so much to do, so much fun to be had and so many happy memories to be made. There is always the smell of home cooked food, fresh flowers and sounds of constant laughter and joy.

‘As parents we were able to enjoy some much needed sleep and felt so confident and happy in the fact that our precious little girl was not only medically having the highest quality of care, but also the most amount of fun she possibly could.

‘Imogen loved every single second of our respite stays. Her little face lit up the minute we pulled up it really was her favourite place to be.”

During the years that followed, Imogen started to deteriorate and spent more time needing admissions to hospital. Emma turned to the hospice for advice and support and without them she says she doesn’t know how they would have been able to keep going.

She recalled: “Sadly on March 12, 2016 our beautiful Imogen passed away in hospital after pneumonia caused her to suffer a respiratory failure. We were completely broken and lost but yet again we were helped, guided and supported thanks to the staff at CHSW.

“We literally cannot ever thank the children’s hospice team, not only for what they did for Imogen but also what they did for us as a whole family. I genuinely mean it when I say we felt they saved us, picking us up whenever we felt we couldn’t break the fall. Although her life was too short, too full of pain it was thankfully jam-packed full of love.”

Children’s Hospice South West offers care for families, like the Smales, 24 hours a day, 365 days a year. Donations to the Light Up a Life appeal will help to ensure many more local families can continue to rely on this support and have the time to create their own precious memories.