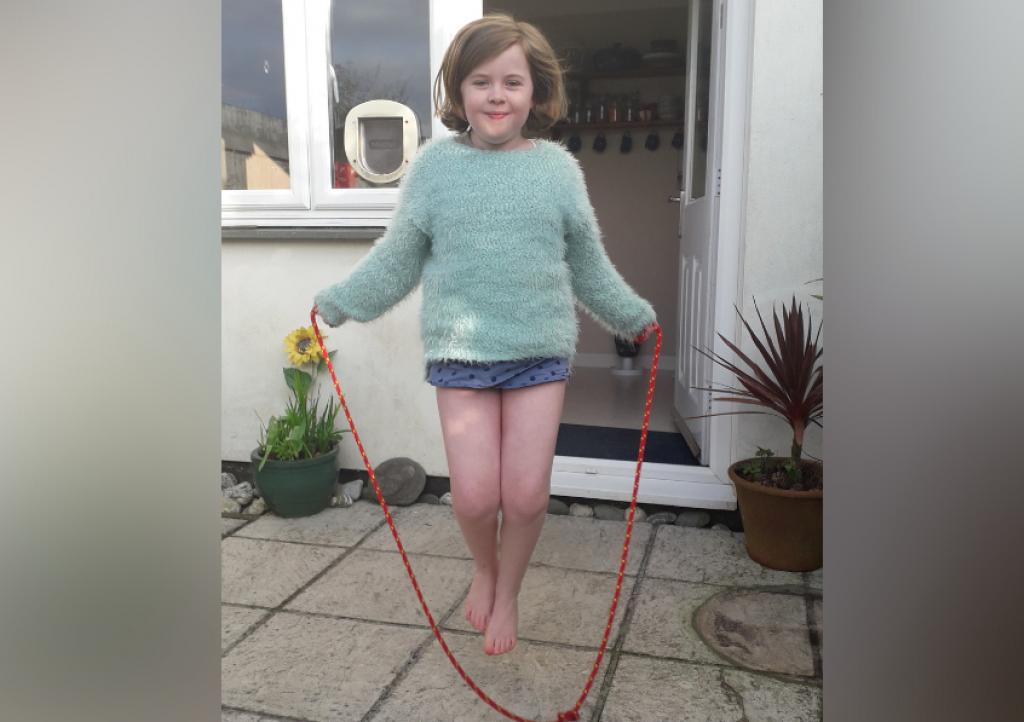 Some playground games just don’t get old and 10 year old Amie from Mount Hawke has proven that skipping certainly has not gone out of fashion, and can even be used to raise some serious cash for good causes.

On returning to school after lockdown skipping was a firm favourite with Amie and her friends at Mount Hawke Academy, enjoying the simple pleasures of being reunited with friends and being able to play together. So much so that skipping became an activity not just for the playground but also one that Amie enjoyed doing in her own time, skipping around her local park in Mount Hawke every evening.

After discussions with her parents about how to incorporate her love of skipping into something a little bigger, Amie and her friend decided on a 4km skipathon around Mount Hawke, each choosing a charity to raise money for while doing so. Inspired by a friend’s family who were supported by this charity Amie decided that she would like to raise funds for Little Harbour, the local children’s hospice in St Austell.

4km of skipping later on 16 April and Amie had raised £215 for Children’s Hospice South West (CHSW) which runs Little Harbour children’s hospice. Little Harbour provides care and support to children who have illnesses meaning they are not expected to live into adulthood. The hospice provides resilience stays as well as home visits and virtual support, from diagnosis to bereavement and beyond.

Alice Merrett, Area Fundraiser for CHSW said “It is always so lovely to hear stories of children like Amie wanting to fundraise to help the children and families that we support. We would like to say a huge thank you to Amie for her incredible fundraising and we hope she continues to keep skipping her way through the summer.”

We are extremely proud of Amie to have put so much effort into helping others less fortunate than herself.

If you or your children are interested in setting yourself a fundraising challenge to help raise funds for CHSW throughout 2021, the charity’s 30th anniversary year, then simply click here for some fundraising ideas or call Little Harbour on 01726 871800 to speak to Alice Merrett – your local fundraiser.