Home What we do Inspiring stories Ethan's story 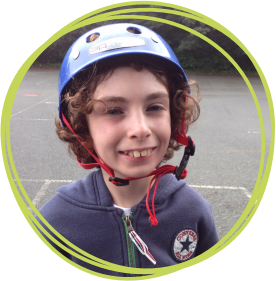 In August 2003, aged 2, Ethan suffered with uncontrollable seizures and spent six weeks in hospital undergoing a variety of tests. He was eventually diagnosed with an extremely rare condition called Ring Chromosome 14. His mum, Lisa, says “Prior to that he was a healthy baby who was late hitting a few of his milestones, but showed no signs of being affected. When we left the hospital after his diagnosis it was like having a baby again. Ethan was unable to do anything.” 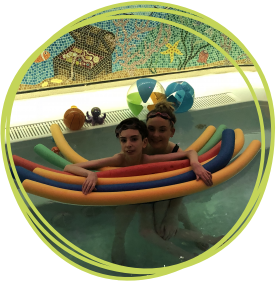 Symptoms of the condition include epilepsy, global and physical delay and it is unlikely sufferers will reach adulthood. As part of the Ring 14 condition, Ethan also has Scoliosis, a complaint which means he has extreme curvature of the spine. With this comes additional complications such as respiratory failure, difficulty eating and now very limited mobility. Lisa said, “Ethan is defying all medical prognoses by still being able to eat and enjoy an amazing quality of life. Over the last year Ethan’s health has significantly deteriorated and his body is now beginning to fail him.”

Ethan and his family, including mum Lisa, dad Andy and sister Maddie, began using Charlton Farm for short respite stays in 2007 – just a couple of months after it had opened its doors to local families.

Lisa said, “We first looked around Charlton Farm before the build had been completed. I must admit, I thought a children’s hospice was a place where children went to die. I had no idea it would be a place we would come and have so much fun and make wonderful memories. I did not anticipate how invaluable this service would be for my daughter Maddie, the support she has been given over the years have helped shape her into the wonderfully calm and understanding young adult she is growing into. I cannot thank the hospice enough, I do not want to think where we would be a as family unit without this service.”

Parents have the option to stay at the hospice together and make precious memories with their children or to spend time doing activities or having holidays together without the worry of looking after their children who need round-the-clock medical care. For Lisa, coming to Charlton Farm is about spending quality time with Maddie who is just two years younger than her brother. Lisa said, “Andy likes to recharge his batteries and I like to spend time with Maddie whilst staying at Charlton Farm. Over the years Maddie has developed a lovely relationship with the dedicated Sibling Team who have helped her come to terms with her brother’s condition and enabled her to deal with situations and conversations that happen outside of the hospice.”

As soon as I arrive at Charlton Farm I can relax and just be me; I don’t feel judged. We have the whole Charlton Farm team to thank for that; from the housekeeping team to the maintenance and care teams, it wouldn’t happen without them all and for that we are very grateful. 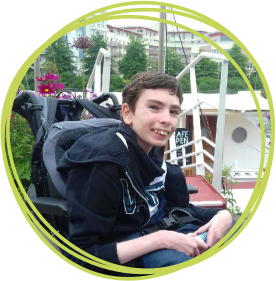 The family is allocated 12 nights respite throughout the year and often choose to come when it is Ethan’s birthday, as well as in the run-up to Christmas. “It’s a hugely hectic time so coming to the hospice allows us to relax and really get into the spirit of the season. There’s always something festive going on, whether it be carol singers or entertainers and Ethan and his sister really enjoy it. The hospice makes activities accessible to all and we can enjoy these experiences as a family - something that’s not always possible outside of the hospice environment.”

Lisa says she feels very much at home in the hospice and cherishes the memories they are able to make as a family there. “As soon as I arrive at Charlton Farm I can relax and just be me; I don’t feel judged. We have the whole Charlton Farm team to thank for that; from the housekeeping team to the maintenance and care teams, it wouldn’t happen without them all and for that we are very grateful.”