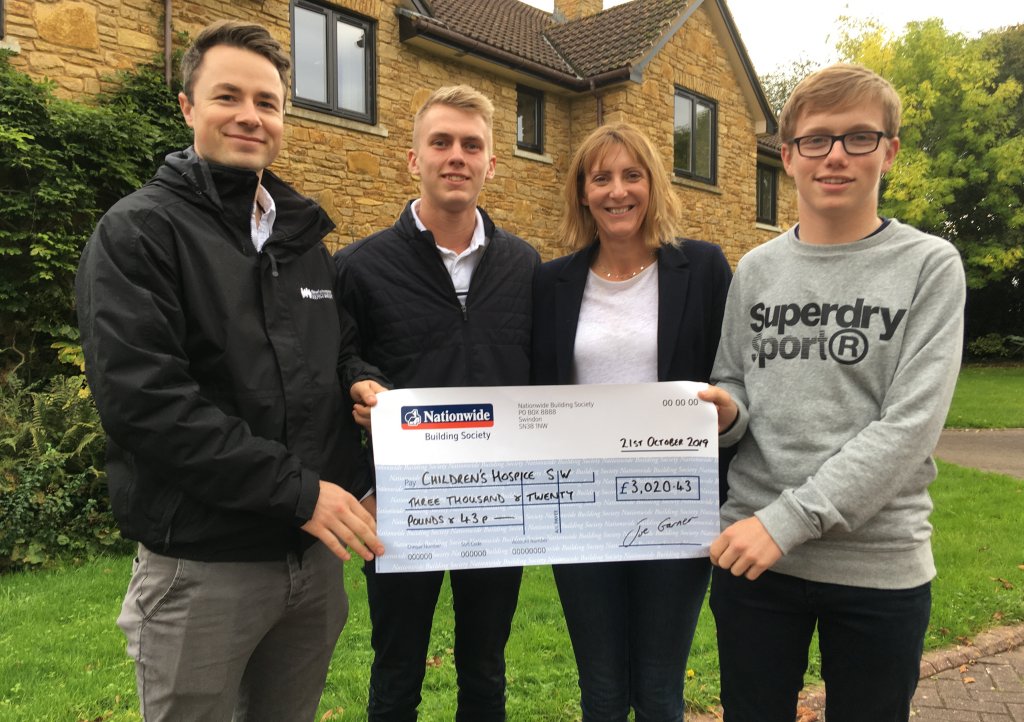 More than 140 players took to the greens and fairways at Post Hill for the club’s Junior Captain’s Golf Day, raising more than £3,000 for the charity.

The 18-hole team event on August 22 was the highlight in teenager Joe Pike’s term as the club’s junior captain.

Visiting Little Bridge House near Barnstaple to present the fundraising cheque, Joe said he decided to support the charity after having previously had a tour of the children’s hospice as a member of the Withleigh Young Farmers’ group.

“Having seen at first-hand how CHSW helps families, it was great to be able to support the charity this year,” said Joe, who was joined at Little Bridge House by his mum Beverley and the club’s incoming junior captain, Sam Pryce.

I’m really pleased with how much we managed to raise on the day and know that the money will go to help the families that need the support of the hospice.

Josh Allan, community fundraiser at Little Bridge House, said: “We are thrilled that Joe chose to raise money to help us help the local families, especially after having visited the hospice himself to see what we do.

“CHSW relies almost entirely on voluntary contributions and we just couldn’t do what we do without the incredible support like this from the local community.

“We’d like to thank Joe and also wish Sam the very best for his year as the club’s junior captain.”