Home News Super Santas on the Run at Eden 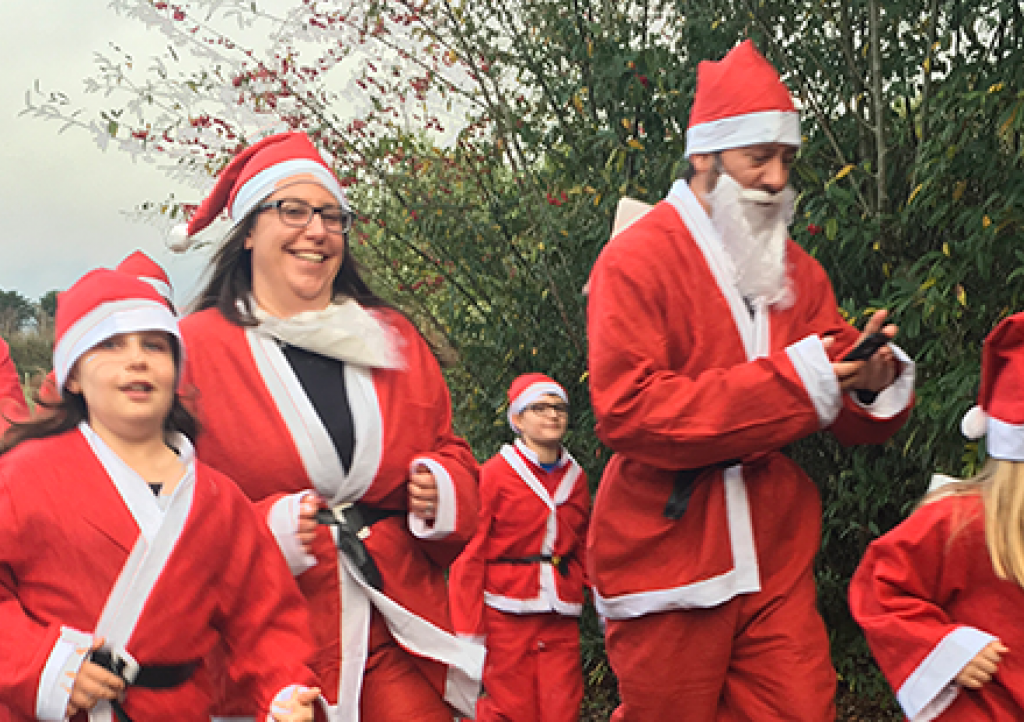 Children’s Hospice South West (CHSW) welcomed over 600 Santas to the Eden Project on Sunday 3rd December to take part in its annual Santas on the Run event which last year raised £20,000 for the local children’s charity.

Santas on the Run was a 2km sponsored fun run which all ages took part in and was being generously sponsored by Ocean Housing Group meaning more money raised by those taking part will go straight to the charity which hopes to raise around £20,000 once again this year.

There were two runs throughout the day which saw families, work colleagues and friends all dressed as Santa make their way along the route around the Eden Project including through the Mediterranean biome to help raise vital funds for CHSW and its Little Harbour hospice at Porthpean.

On behalf of all of the children and families that we support at Little Harbour I would like to thank everyone who joined us at Santas on the Run whether you were taking part or helping as a volunteer. Thanks also to the Eden Project for being such fantastic hosts and to Ocean Housing Group for their sponsorship. This event showed such fantastic community spirit and has really kicked off the festive season, thank you all for helping us to support local children and families at this particularly poignant time of year.”

Providing entertainment on the day was Benji Matthews from X Factor, Mount Charles Band, St Mewan Community Choir and St Austell Bay Radio and a warm up was provided by Tara Hegarty from Versatile Fitness Choice. There were also Best Dressed competitions which were judged by Elsa, Olaf and Sparkles the Elf from Charlie’s Parties with prizes provided by Cornucopia Family Adventure.

Thanks go out to all of the event volunteers who were assisting with registration and marshalling on the day including local Police Cadets and St Austell and Fowey River Lions also to Right Response training for their First Aid Cover on the day.

Money raised from Santas on the Run will go towards offering care and support to local families who use CHSW’s three children’s hospices including Little Harbour in St Austell. Little Harbour has been open for five years and is now supporting over 100 children with life limiting illnesses and their families.

The hospice provides families with short breaks, respite and palliative care as well as end of life care and bereavement support. Little Harbour’s doors are open 365 days a year and will be a home from home for families over the festive period too.