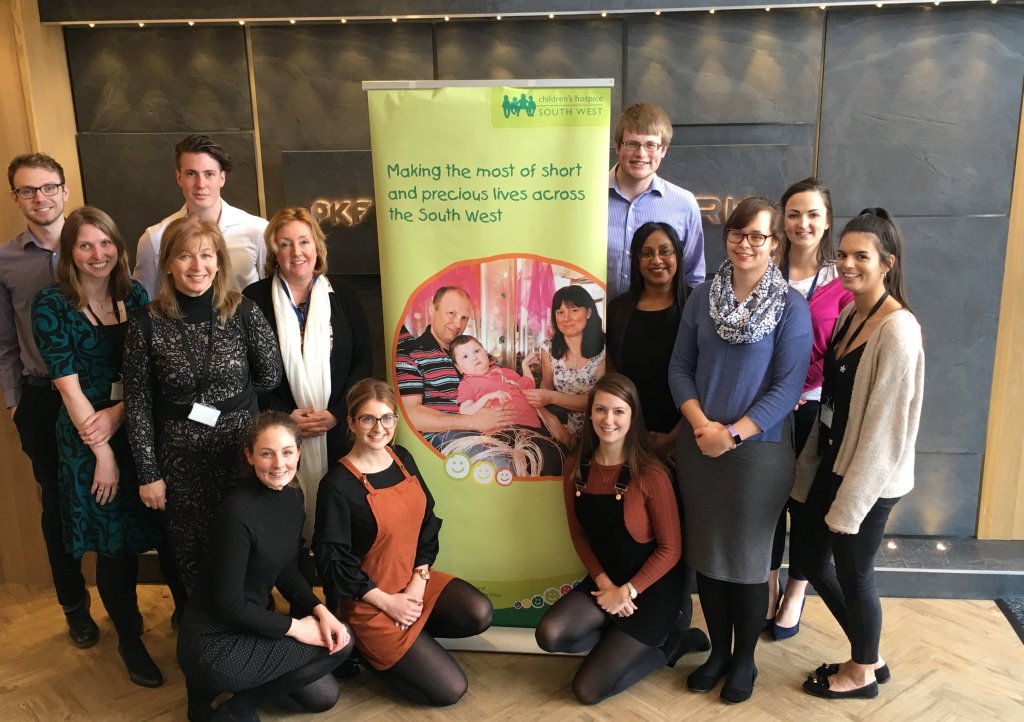 PKF Francis Clark, which has seven offices in Cornwall, Devon Somerset, Dorset and Wiltshire, is marking the company’s milestone year by pledging its support to Children’s Hospice South West (CHSW) and Julia’s House.

Founder Francis S Clark opened the company’s first office in Newton Abbot in November 1919 and the award-winning firm hopes to make 2019 its biggest year for fundraising yet, according to Andrew Richards, PKF Francis Clark managing partner.

2019 is a special year for the firm and we wanted to support a special cause – we want to give something even bigger back to the communities where we live and work.

“Children’s Hospice South West and Julia’s House are fantastic charities and they are very renowned in their local areas for the care they provide for children with life-limiting illnesses. We are delighted to this year be supporting them and as it is such a special year we have agreed to match the funds that staff raise- we look forward to our biggest year for fundraising yet!”

CHSW was founded by Jill and Eddie Farwell in 1991 after spending many years travelling to a hospice in Oxford with their own two life-limited children. They rallied support and were able to open Little Bridge House, near Barnstaple, in 1995, instantly providing support for up to 200 families in the South West with life-limited children.

The charity’s second hospice, Charlton Farm in Wraxall, Somerset, opened its doors in April 2007, while the third, Little Harbour, in St Austell, opened in 2011.

“We need around £10million a year to run our three hospices and receive just a fraction of this in government funding – 14 per cent in 2017/18.

Fundraising is absolutely vital, so support like this will make such a big difference to the work we do to help more than 500 children with life-limiting conditions and their families across the South West.

PKF Francis Clark's Poole and Salisbury offices will be collaborating to raise funds for Julia’s House, a charity based in Dorset and Wiltshire that is dedicated to bringing comfort and care to families across the two counties. Funds raised throughout the year will be equally split between the two charities and as part of the centenary celebrations, the firm has pledged to match the fundraising efforts.

Sue Miles of Julia’s House said: “We are delighted that PKF Francis Clark has chosen to support Julia’s House in this special year for the firm. We are reliant on the generosity of the local community for 95% of our funding, so support from local businesses is vital and I am really looking forward to working with such an enthusiastic team this year.”