Home News Skydive is on the Horizon for St Erth Team 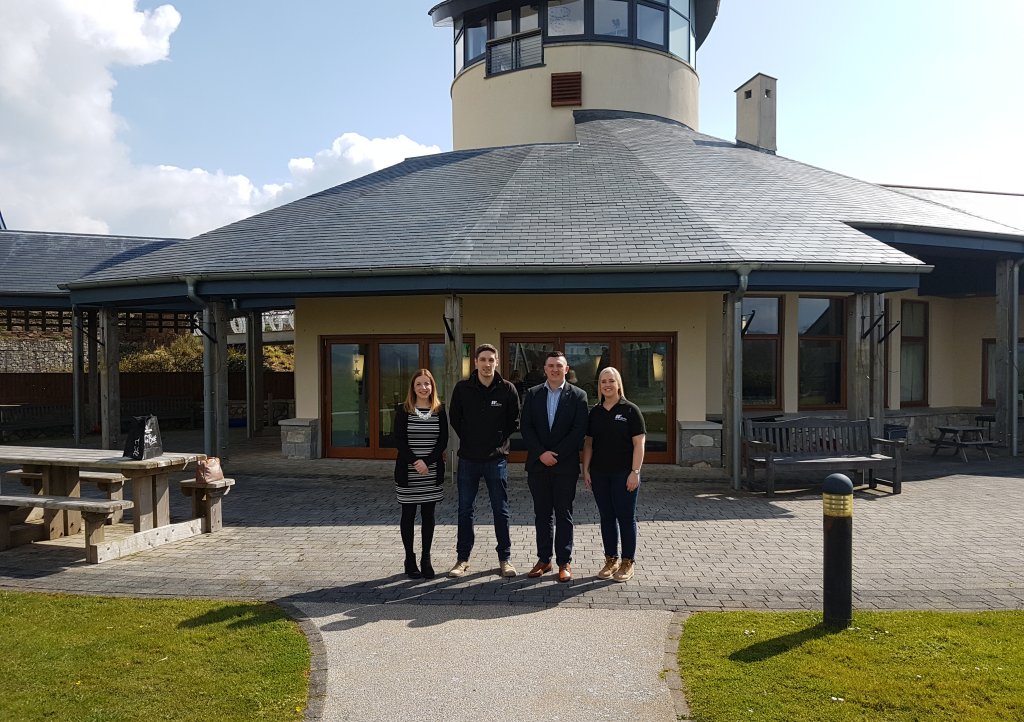 Ten members of the construction team involved with the building of St Erth Multi Modal Hub at the train station in St Erth will be taking on a charity skydive to raise vital funds for Children’s Hospice South West (CHSW) while changing the perceptions of their industry.

The team is made up of colleagues from Wills Bros Civil Engineering as well as Ward Williams Associates and they have set themselves a target of raising £5000 for CHSW. On the team is: Stuart Angus, Kieran Mooney, Anna Kelly, Sean Vesey, David Lynch, Garikai Simango, Curtis Harrold, Seamus Harrold, Kieren Couch & Mick Stephenson.

They will be flying out of Perranporth airfireld and jumping in tandem from up to 15,000 ft high. CHSW has two dedicated skydive Saturday’s happening on 19th May and 6th October however anyone wanting to jump and raise money for the charity on a different day can do so and arrange booking through the Cornish Parachute Club.

The skydive team visited CHSW’s Little Harbour children’s hospice in St Austell on one of its recent open days to understand how their fundraising will directly support the work of the hospice.

“As Considerate Constructors, Wills Bros are always on the lookout for ways to make a positive impact on the communities affected by our works. Children’s Hospice South West’s skydive event is a great opportunity for us to team up with Ward Williams Associates to make a meaningful contribution to the local area.

Our visit to Little Harbour really drove home the importance of the work that they carry out and made us determined to raise as much as possible before we take the plunge on 19th May!”

Bernadette Chambers, Corporate Partnerships Fundraiser for CHSW said “Cornwall is such an amazing place to do a skydive and we are so grateful that the team working on the St Erth Multi Modal Hub want to give something back to the community that they are working in. It was a pleasure to show them around Little Harbour and I hope people dig deep and support their fundraising as much as possible.”

Sponsorship raised by the skydiving team will help to support the work of the Care Team at Little Harbour in St Austell. The hospice is currently providing short breaks, respite and palliative care to 117 life limited children and their families and is also offering bereavement support to around 30 families from Cornwall and Plymouth. The hospice is a home from home environment for families to make precious memories together whilst having fun and family time along the way.

If you are interested in taking part in a skydive to help raise funds for CHSW simply click here or call Little Harbour on 01726 871800 for more information.