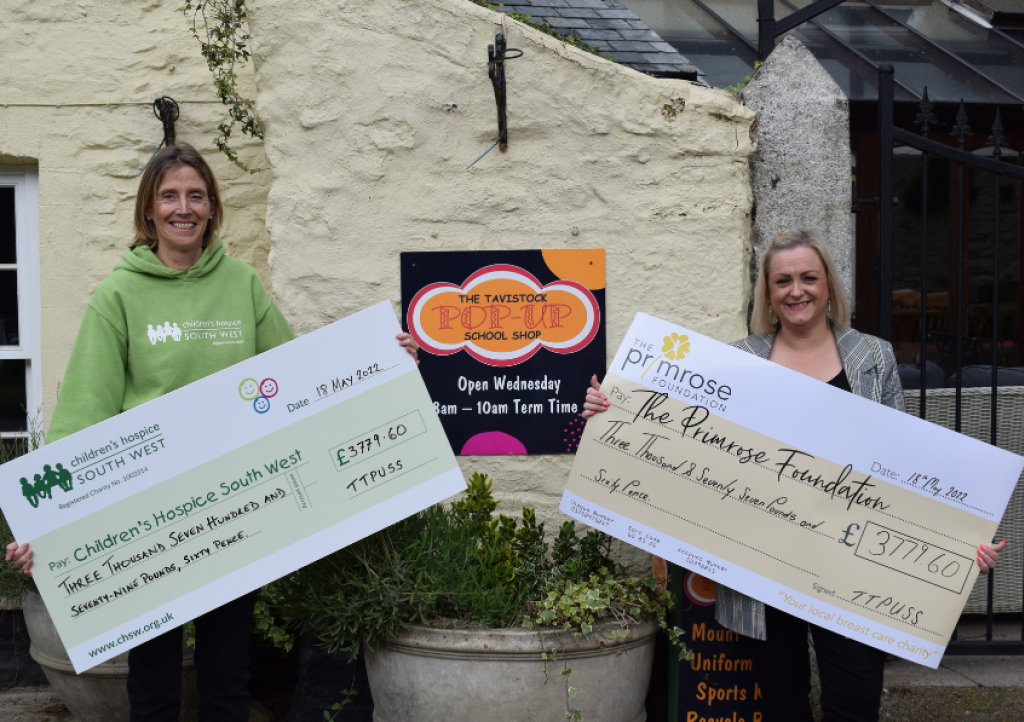 ‘The Tavistock Pop-Up School Shop’ has recently donated £3779 to both Children’s Hospice South West (CHSW) and The Primrose Foundation, following a bumper start to the shop.

The shop was set up by Abigail Underhill following the closure of Mount Kelly College’s second hand uniform shop. Abigail started the shop in the old games room of the Trout and Tipple and asked for donations of pre-loved Mount Kelly uniform, sports kit and equipment which would then be sold on to other pupils at the school with the money being shared between the two charities.

Mum of three Abigail said; “I was disappointed when the school’s second hand uniform shop closed and I thought it was shame there was nothing there for people who didn’t want to sell their unform online. I would like to thank all of the parents who have donated hundreds of pounds worth of uniform and equipment,

It has contributed to a fantastic total for these two local charities which the shop will continue to support.

CHSW provides care and support to children with life limiting conditions at its three children’s hospices including Little Harbour in St Austell, while The Primrose Foundation is a breast care charity supporting people across West Devon and East Cornwall.

The shop opened at the end of last year and is open every Wednesday during term time between 8am and 10am when donations can be dropped off and purchases can be made.