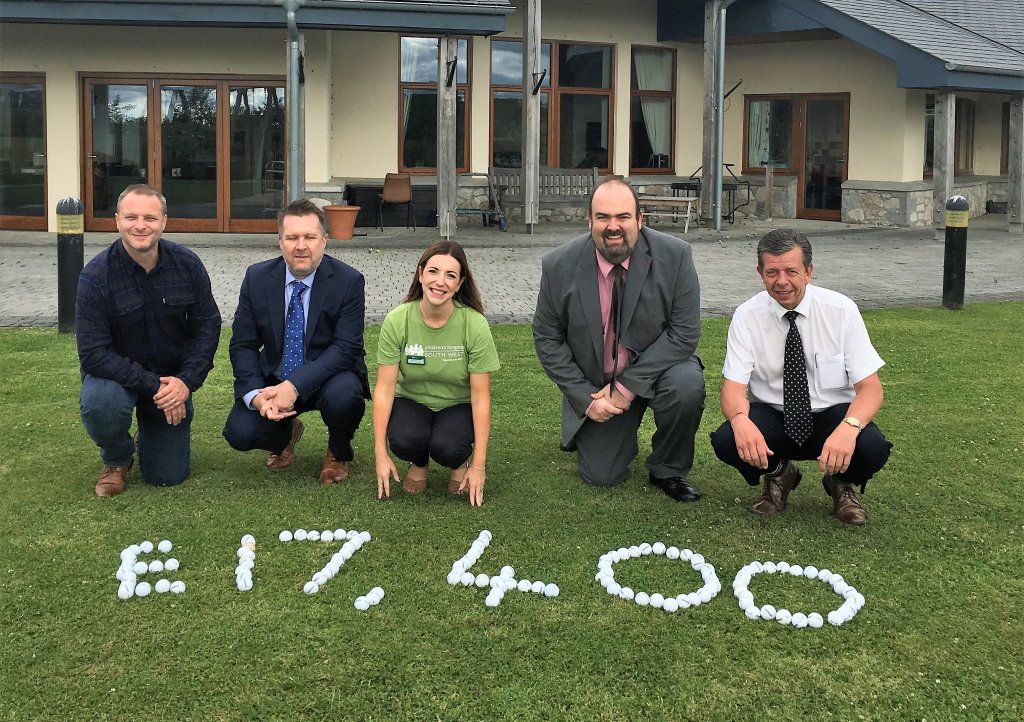 This year the event saw a record number of 40 teams take to the course as part of the Golf Day which was held on 17th May to help raise funds for local children’s charity CHSW which runs Little Harbour children’s hospice at Porthpean.

The event was organised by a dedicated supporter of CHSW, Ian Warne, Branch Manager at HSBC who said;

It was a great privilege to once again be part of this annual event that provides much needed funds for this fantastic local charity. I would like to thank everybody that contributed to another successful day, be it competitor or donator and I look forward seeing everyone again next year!

An extensive selection of prizes were up for grabs during the raffle and auction which followed after the 18 holes of golf. Prizes included a range of signed sporting merchandise as well as dining out vouchers, experience days and rounds of golf at courses around the county.

This popular charity Golf Day has raised over £90,000 for CHSW over the past 7 years. These funds have helped the charity to continue providing care and support for children with life limiting illnesses from across Cornwall and Plymouth at its Little Harbour children’s hospice in St Austell.

Bernadette Chambers, Corporate Partnerships Fundraiser at CHSW said “We are delighted that this golf day continues to get such fantastic support not only from those taking part but also from businesses donating prizes and sponsoring holes. I would like to thank Ian Warne for all of the hard work and time that he has put in to organising such a fantastic event. In addition, our thanks must be extended to Paul at Carlyon Bay Golf Club for hosting such a fantastic day and running the auction.  The money raised from this event will allow us to continue supporting families through uncertain times, helping them create wonderful memories in a home from home environment.”

Thanks are also passed on to HSBC for their ongoing support, St Austell Brewery, Phil Lafferty from the Britannia Inn, Nick Rosevear and Mark and Kate Richards for all of their support of the event.

Congratulations go to all of the teams who took part especially the top 3 teams who were;