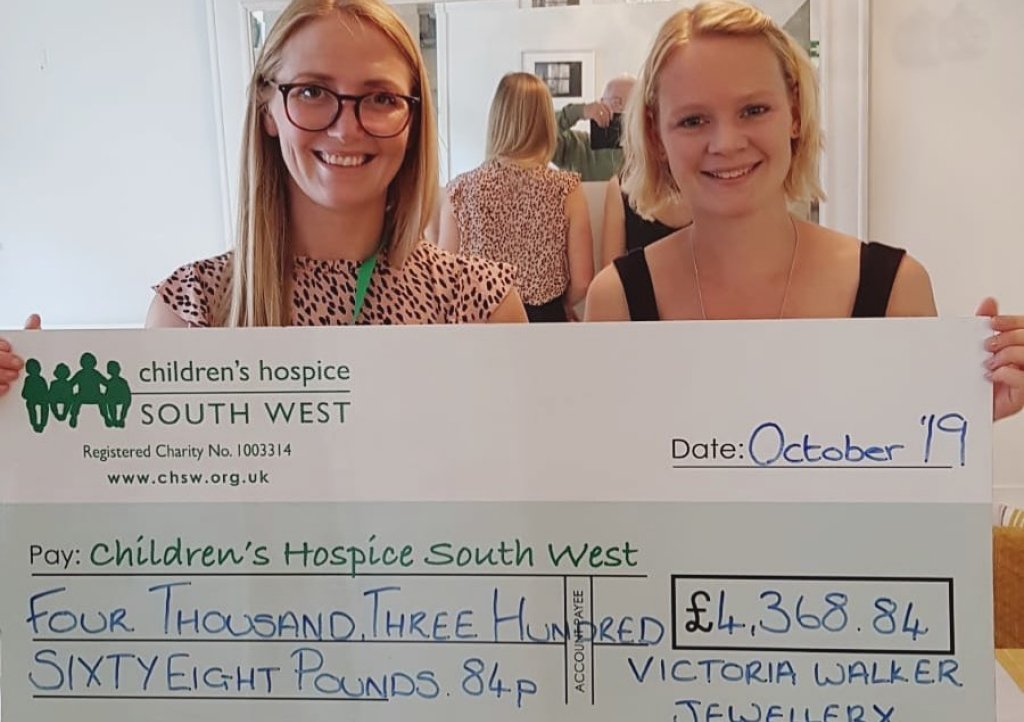 Victoria Walker, a jeweller based at Princes House in Truro, is delighted to have raised £4368.84 for Children’s Hospice South West (CHSW) from raffling one of her bestselling lockets.

Victoria has been designing and hand making delicate, kinetic jewellery inspired by seed pods and flowers for the past 10 years. Her signature lockets feature tiny articulated flowers that move and emerge into bloom when revealed by the wearer.Victoria decided to make one of her sunflower lockets available to win in a charity raffle which she hoped would raise the amount the locket usually retails at; £1200. Very quickly fans of Victoria’s jewellery were entering the raffle and donations were coming in from across the country and around the world. 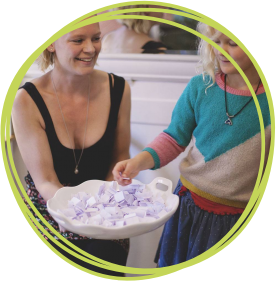 The raffle was drawn at Emily’s café in Truro on Friday 4th October where close friends and family gathered to celebrate the event where it was announced that £4368.84 had been raised for CHSW and the lucky winner of the locket was Linda Stryker from New York.

I've always believed that all businesses, no matter how big or small, have the opportunity to do good beyond the business itself. This year I wanted to raise funds to help support the children and families whose lives quite frankly, aren't as easy as my own. The money that my raffle has raised for Children’s Hospice South West far exceeded my original target and I am delighted that this donation will be going to such a worthwhile local cause.

The money raised will go straight to CHSW which runs three children’s hospices in the region including Little Harbour in St Austell. Little Harbour currently supports over 125 local children with life limiting conditions and their families by providing them with short breaks and respite as well as end of life care and bereavement support.