Home News Over £16k raised at Jail and Bail in Bristol 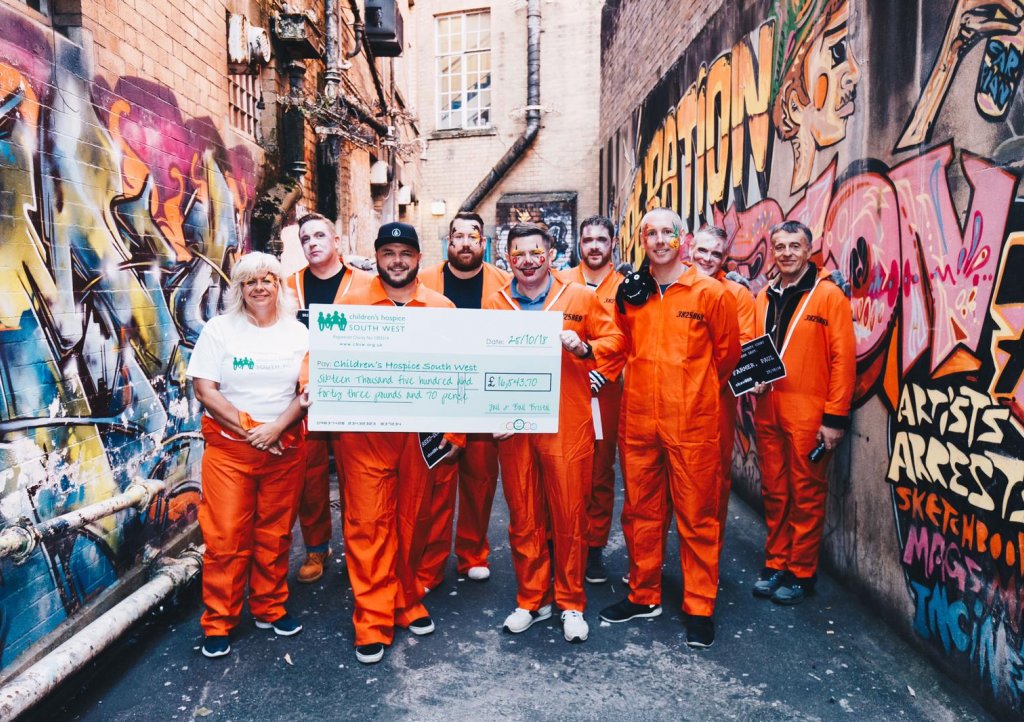 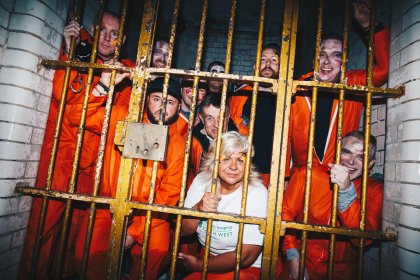 On the day the accused were arrested and put on trial for their ‘crimes’ which included not making tea for anyone, ever; being a chatterbox, terrible banter, and crimes against fashion. Having been found guilty of their entirely fictitious crimes, each person had their bail set at £999 and were tasked with raising the sum before being set free. Incredibly, the group raised a combined £16,543.70!

Helping Kristian Bale raise funds on the day was his partner in crime and wife, Kirsty. Thanks to friends and contacts from their business, IT Storeroom, they smashed their bail and raised £3k alone. They said

Being a part of something so worthy is an amazing feeling simply because it really does make such a difference of how CHSW can help in the most heart-breaking times imaginable. To each and every one that helped us hit the incredible 3k figure, please accept our thanks and know you have made such a difference to families.

Tamara Downes, Fundraising Manager at CHSW said “This year’s Jail & Bail exceeded all expectations. All nine of our inmates were passionate about raising their bail and went above and beyond in doing so. We’d like to say a huge thank you to them and to everyone who donated and raised this significant sum of money which will go directly towards helping CHSW make the most of short and precious lives.”

CHSW has three children’s hospices including Charlton Farm near Bristol. Children and their families use the hospice for respite, short breaks, emergency stays as well as end of life care and bereavement support.