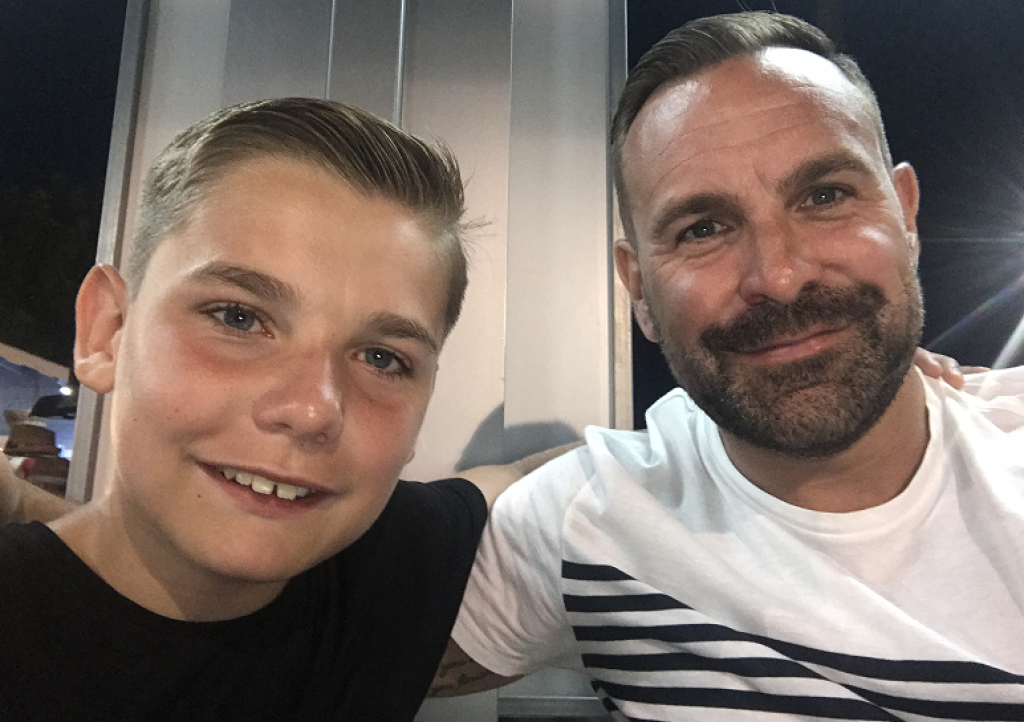 One 77 Mortgages based in Chippenham, Wiltshire, has chosen Children’s Hospice South West (CHSW) as its Charity of the Year.

Darren Walker, Head of New Business at One 77, has experienced first-hand how the CHSW helps families at a difficult time in their lives. Darren’s son Morgan was born 8 weeks premature, weighed just 3lb 10oz, and had to be rushed to the neo-natal intensive care unit (NICU), where he was put on a machine to help him breathe.

After 4 weeks Morgan was finally discharged home, but had to return to hospital 4 weeks later for an MRI brain scan. Darren says, ‘The day we returned for his scan was the day our world fell apart. After the scan, we were advised of the catastrophic effects to the brain the starvation of oxygen had. We were informed that Morgan had suffered a middle cerebral artery stroke (MCA). We were advised that he had cerebral palsy and it was unlikely he would ever walk or talk.

‘Our little fighter proved everyone wrong and walked at 17 months and can talk, he even attends a mainstream school, although he requires the support of a full time one to one support.’

Unfortunately for Morgan he has suffered and experienced events and conditions that no one could have predicted and at the age of three and a half when he experienced his longest stay in hospital he was referred to CHSW’s Charlton Farm as doctors felt his condition was life threatening and it would be unlikely he would reach adulthood.

Darren says, ‘We declined the support of the hospice for a couple of years as there is a real stigma attached to the word ‘hospice’ and felt it would be a sad and depressing environment for all of us. It was only when we attended an open day that we realised what an amazing, fun and friendly environment it actually was. Morgan and his older sister loved their time there so much that we decided to use our allocated time and book a stay. We were made to feel so welcome and although it was hard to leave Morgan’s care and medication in someone else’s hands, we soon began to trust and feel comfortable with the process and staff and it gave us the respite we so badly needed. Morgan is very able physically and he and his sister, Anais, had so much fun with all the games, playrooms, the jacuzzi and softplay, we were amazed by how much there was to do and how much fun the children would have. The sibling workers always made sure Anais was entertained and also helped with school work when needed so we could utilise whatever time we were offered. The place is so clean, spacious and the meals that are prepared by the chefs were great. You can mix with other families and are encouraged to do so, or you can enjoy your own/families company as there are so many areas to utilise.’

Thankfully Morgan has grown stronger over the years and his family no longer feel that he needs the support from Charlton Farm.

Darren says, ‘I will always remember the fun times we had there and the people we met, which is why I am so passionate about supporting the hospice in any way I can.’

As a commitment to its fundraising, One 77 will be donating £1 from every mortgage it completes. Team members will also be entering various events and holding their own fundraising events in support of CHSW.

CHSW has three hospices in the South West; Little Bridge House in Devon, Charlton Farm near Bristol, and Little Harbour in Cornwall. It costs around £9.8 million to run the charity’s three hospices each year, which offer respite and medical care to children with life-limiting conditions and their families free of charge.