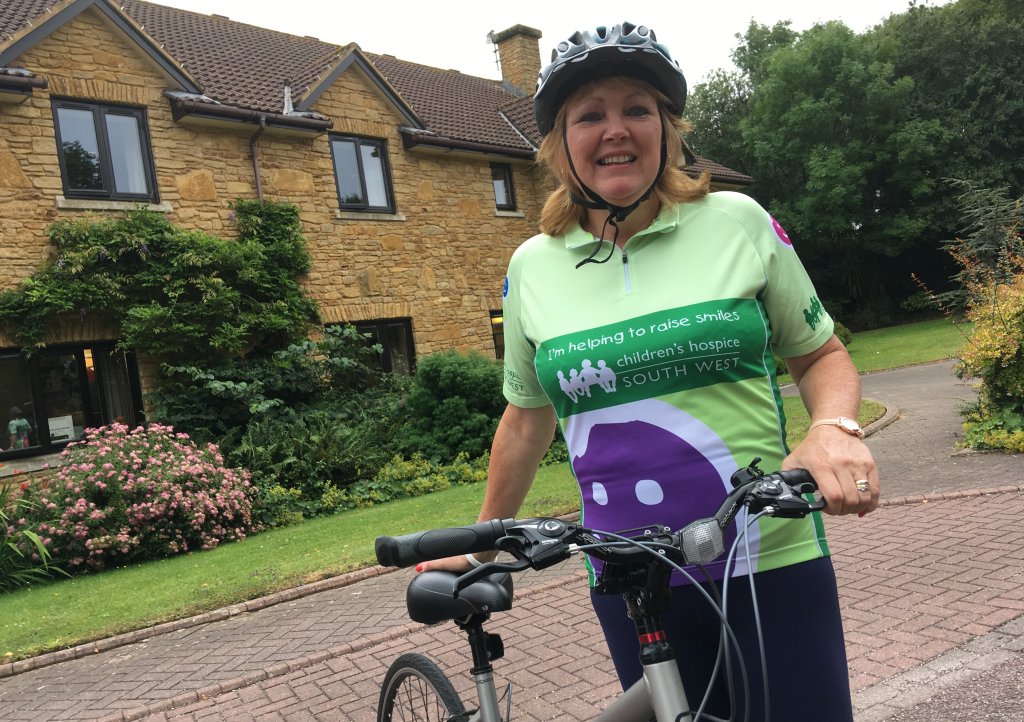 A North Devon grandmother is in training for an ‘enormous’ 205-mile cycle challenge across the West Country in memory of her younger sister and ‘best friend’.

Louise Lessiter is one of the first participants to sign up to take part in Children’s Hospice South West’s Ride for Precious Lives 2020 – and despite having hardly cycled since her sister Cathy’s death in 1980, is determined to complete the challenge and raise money to enable the charity to provide the bereavement support that was unavailable when she needed it nearly 40 years ago.

The 56-year-old from Fremington said she was inspired by those who took part in last month’s Ride for Precious Lives – including A-list actor Andrew Lincoln – and is already training and fundraising ahead of next year’s three-day cycle from July 10-12.

“The work of the hospice is something that really resonates with me,” said Louise, who was just 17 when Cathy died, aged 14.

“I lost my sister in 1980 and it was a really difficult time. Cathy had leukaemia but before then she was so full of life, incredibly cheeky and such good fun to have around; the two of us were best friends as well as sisters.

“Losing her, within seven weeks of her first becoming ill was a complete shock and the most horrendous and devastating experience of my life.

We didn’t have anything in the way of support back then so I want to take part in Ride for Precious Lives to support the work the hospice does in supporting families, especially siblings.

“You need that support for a long time after somebody passes away, not just when they are ill and when they die. You don’t realise the effect it has on you and people around you.” 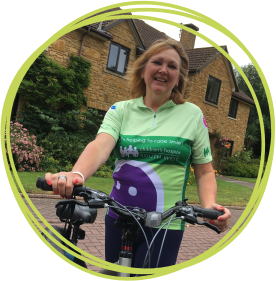 Louise, who is a carer at Fremington Homes said next year will be the 40th anniversary of her sister’s death and she wanted to do something to mark the occasion.

“Cathy and I used to ride our bikes, hurtling around Rock Park together so it seemed an appropriate challenge. I did the London Marathon in 2010 to mark the 30th anniversary and I thought ‘I’ve got to do something to mark the 40th’,” said Louise.

Louise will be taking part in Ride for Precious Lives alongside husband Brian, who has been supporting her with her training.

“I haven’t cycled properly for many years but I am enjoying being back in the saddle again and Brian has been an incredible motivator – I don’t think I’d be able to do it without him,” she said.

“I actually started the training before this year’s event because not being a particularly fit person or anyone who really enjoys doing fitness, I know I need a long time to prepare for it – it’s the one lesson I did learn from doing the London Marathon.

It will be a challenge but I’m very determined to get there.

As well as training hard for next year, Louise is also busy fundraising and hopes to raise £2,000 for CHSW’s Little Bridge House hospice, which is just around the corner from her home in Fremington.

She has already held a teddy bears’ picnic and treasure hunt, and has plenty more planned, including pub quizzes and a bingo. You can make an online donation to support Louise on her Virgin Money Giving page.

For more information about Ride for Precious Lives or to register to take part in next year’s event, visit the Ride 2020 page.

Louise is taking part in Ride for Precious Lives 2020