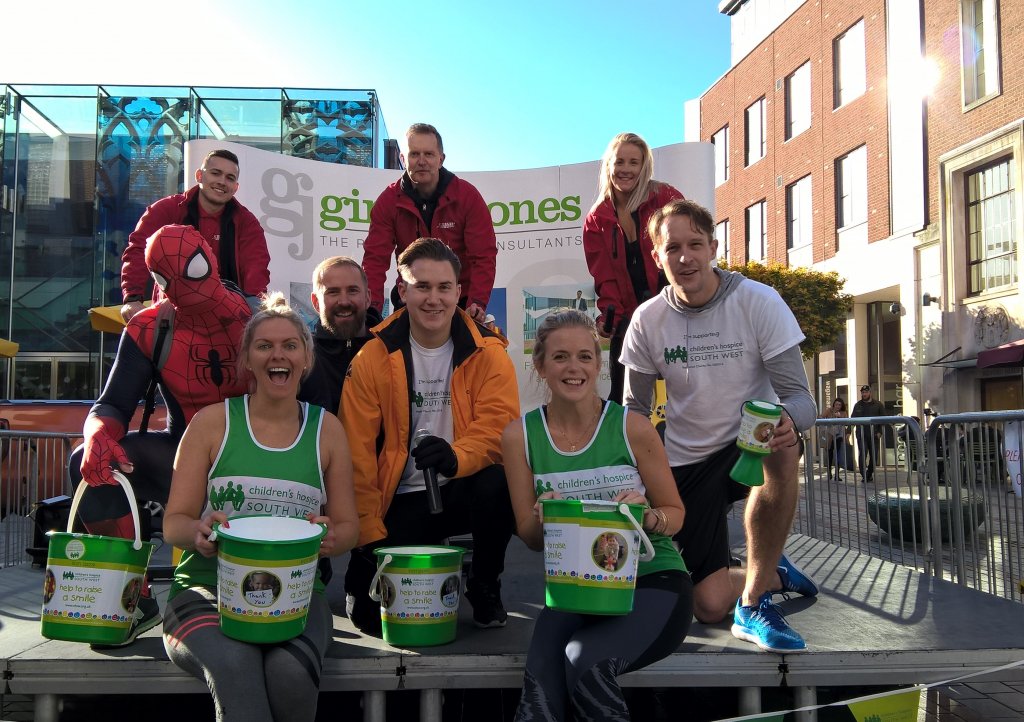 Huge congratulations to the team at recruitment specialists Girling Jones in Exeter, who took on and completed a mammoth cycle challenge for CHSW - in just five days!

They set up three static bikes in their quayside offices and staff took turns to put in some of the miles needed to get them ‘virtually’ from Lands’ End to John O’Groats. On the fifth and final day of their challenge, the team set up camp in Princesshay Shopping Centre in Exeter, where two teams of three took on the final leg of the journey. Cheered on by shoppers and Girling Jones staff, they successfully completed the 874 mile trip raising an incredible £2,571!

The company has been supporting CHSW for more than five years now, and come up with regular weird and wacky challenges to help their charity fundraising.

We'd just like to thank everyone in the Girling Jones team for their tremendous enthusiasm, fundraising and support! The team braved freezing temperatures in the final leg of their challenge in Princesshay and so we really appreciate the effort involved. It's as a result of support of such local companies that we can continue to do the work we do and it is just incredible to see what lengths they are willing to go to in their fundraising initiatives.