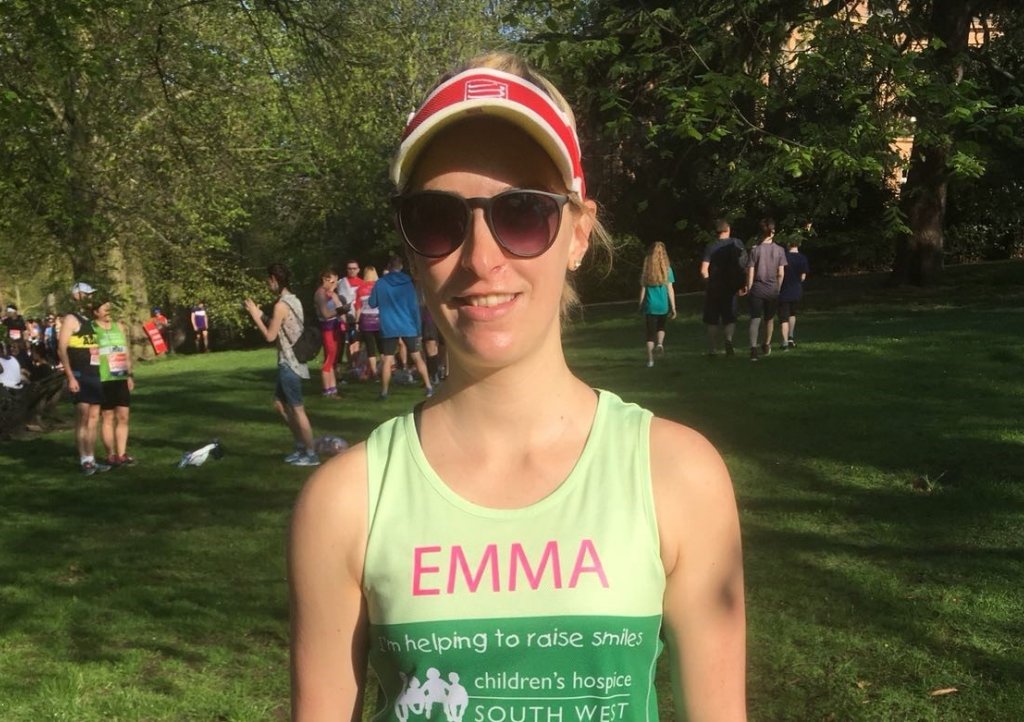 Emma Smale is supporting the #keepitlocal campaign for the local charities supported by this year’s Great West Run as she regularly runs in support of Children's Hospice South West (CHSW) in memory of her eldest daughter, Imogen who was supported by the charity before her death in 2016.

'Imogen was our first child, a much longed for baby and really was the most beautiful, loving and courageous little girl we could have ever hoped for. Devastatingly for us we were told by the time that she was 6 months old that she would have a 'limited life expectancy'. I remember feeling completely heartbroken, unbelievably scared and so worried about how we were going to cope. Imogen needed around the clock care, a multitude of medications, physiotherapy and her condition meant that she only ever slept for short periods at a time which was exhausting.

'We were referred to CHSW’s Little Bridge House hospice in Devon by the community nursing team and thankfully every image and thought I had as to what the children's hospice would be like was completely wrong. It was not clinical, formal and depressing but in fact vibrant and happy and I instantly felt safe and like we finally belonged. Imogen loved every single second of our respite stays, and when Imogen started to deteriorate and spent more time needing admissions to hospital. I turned to the hospice for advice and support and without them I just don't know how we would have been able to keep going.

‘Running is a new thing for me, but I have found it has a great way to be able to support the charity which gave so much to our family and I wear my CHSW running vest with pride.  I am also incredibly pleased to say that I wore it as a participant in the 2018 London Marathon, something I never thought I would achieve!’

Children’s Hospice South West has formed a partnership with Force Cancer Charity and Hospiscare to promote support for local charities at this year’s Great West Run. They have launched a #keepitlocal campaign to encourage runners to take part in the half marathon and raise money for local charities.

Laura Robertson, community fundraiser at CHSW said: ‘Great West Run is such a great local event and by choosing to run in support of a local charity you know exactly where all your hard-earned fundraising is going and know that you will be helping to make a difference to families in your community.’

If you would like to support the #keepitlocal campaign and take part in the Great West Run in support of CHSW, see www.chsw.org.uk/gwr or contact Laura on 01271 325270. All runners will receive a distinctive CHSW running vest and fundraising support from the CHSW team.