Although new to running, John Taylor from Henbury in Bristol is attempting to cover 10 kilometres a week for 10 weeks in support of Children’s Hospice South West (CHSW). 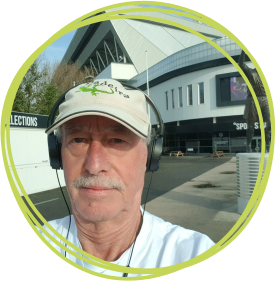 John age 72 started running during the first lockdown with the aid of a ‘couch to 5k’ app. Having completed the running plan, John continued to run greater distances and has been challenged by his wife, Kate, to use his new-found hobby to raise vital funds for a charity close to their hearts.

Kate said: “My friends and I usually raise money for CHSW throughout the year but due to the pandemic we’ve been unable to do so this year so I have challenged John to put his running to good use. The challenge has been accepted and John has begun his ‘Noughty Challenge’!”

Kate was previously part of North Bristol Friends Group; a committee set up to raise funds when CHSW was first established in 1991. Sadly, the group disbanded but Kate and John continue to raise funds and awareness of their local children’s hospice, CHSW’s Charlton Farm just outside of Bristol.

It's surprising how many people are out walking dogs and runners who regularly wave or give a thumbs up. I am now getting into my stride and I am looking forward to next week's run

So far John’s fundraising has exceeded £2,200 and he’s documenting his efforts on his fundraising page. After week three, John said: “I completed week 3 in very soggy weather. Needless to say I became soaked to the skin but with an interesting podcast to listen to I hardly noticed!  This was a local run that had two hills, one at the start and the second towards the end - I dislike hills! It's surprising how many people are out walking dogs and runners who regularly wave or give a thumbs up. I am now getting into my stride and I am looking forward to next week's run which will be along the Portway. At last a run on the level!” 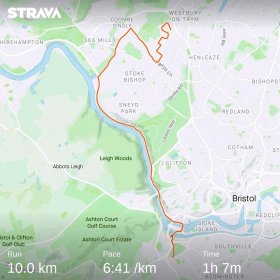 Frances Kenneally, Community Fundraiser at CHSW said: “We are most grateful to John for raising funds for CHSW by taking part in this challenge. 10k a week is no mean feat and we’ll be sure to cheer him over the finish line at Charlton Farm on 9 December.”

To show your support for John, please donate to his JustGiving fundraising page.