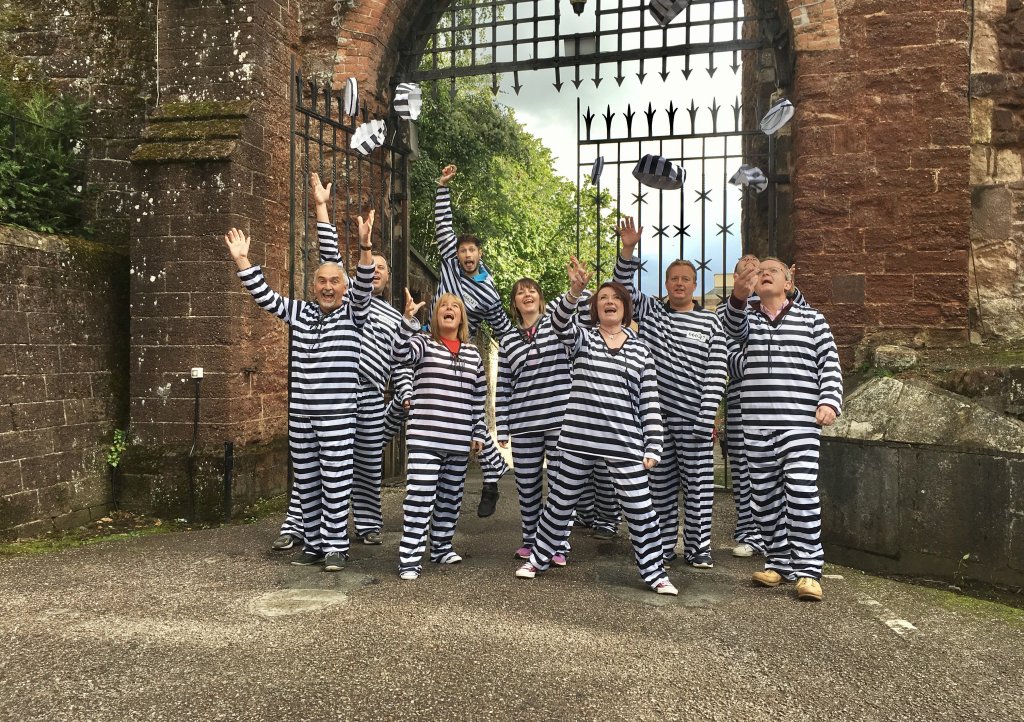 Children’s Hospice South West (CHSW) will be arresting, charging and putting on trial some well-known business people in the area who, if found guilty of their entirely fictitious crimes, will have to raise a bail of £999 each to be set free. Funds raised on the day will help support the work of its Little Bridge House children’s hospice in Barnstaple.

On the day the accused will be arrested and put on trial for their fictitious crimes which include being the world’s worst dancer, crimes against fashion and stealing food from the office fridge.

Dominic Scotting, Community Fundraiser for CHSW said “We have got a great group of local business people taking part in this year’s Jail and Bail event. If, or should I say when, they are jailed they will need all the help they can get from their business contacts as well as friends and family to raise enough bail to be set free.”

Last year the prisoners taking part in the event in Exeter raised an incredible £11,500 for the charity which supports local children with life limiting or life-threatening illnesses as well as their families. CHSW has three children’s hospices including Little Bridge House in Barnstaple. Children & families can use the hospice for respite, short breaks, emergency stays as well as end of life care and bereavement support.