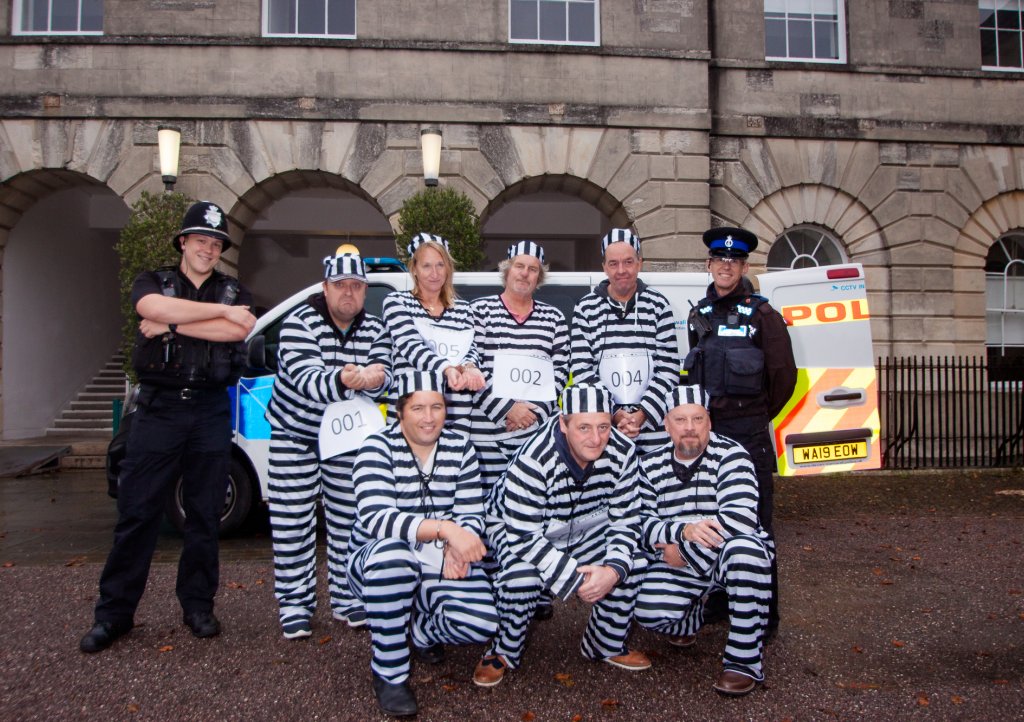 The ‘jailbirds’ were then hauled before a judge, charged with fictitious crimes, thrown in the slammer and tasked with raising bail for their release. 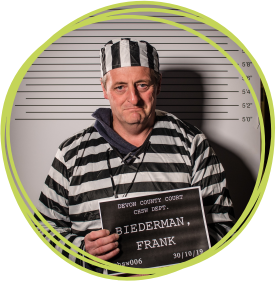 Cllr Biederman was charged with having a ‘wardrobe malfunction’ while carrying the Olympic torch through Barnstaple in 2012.

He said: “Despite common belief, my trousers did not actually fall down, but they came close! I had to stop and pass the touch to a police officer so I could tighten them. It made the national BBC news at the time.”

He said: “The children’s hospice is an amazing place and a charity that I care deeply about. Living so close, I see first-hand on a daily basis the amazing work they do to support the children and families.

None of us can comprehend what these families go through and the donations I received to help me raise my bail will help the hospice carry on the incredible work that it does.

“Thank you to everyone who donated – if you’ve never visited Little Bridge House, I strongly recommend you book a tour via their website and see the amazing work they do there for yourselves.”

Little Bridge House gives children with a range of complex medical needs and their families the chance to enjoy precious time together. Parents can take a break from being primary carers for a few days and brothers and sisters are supported by a dedicated sibling team.

The charity’s corporate partnerships fundraiser Mhairi Bass-Carruthers said: “Well done to Frank and all our prisoners for being such good sports and giving up their time to raise so much money and awareness of Children’s Hospice South West.

“They worked incredibly hard and their support will make such a massive difference to the children and families that rely on us.”