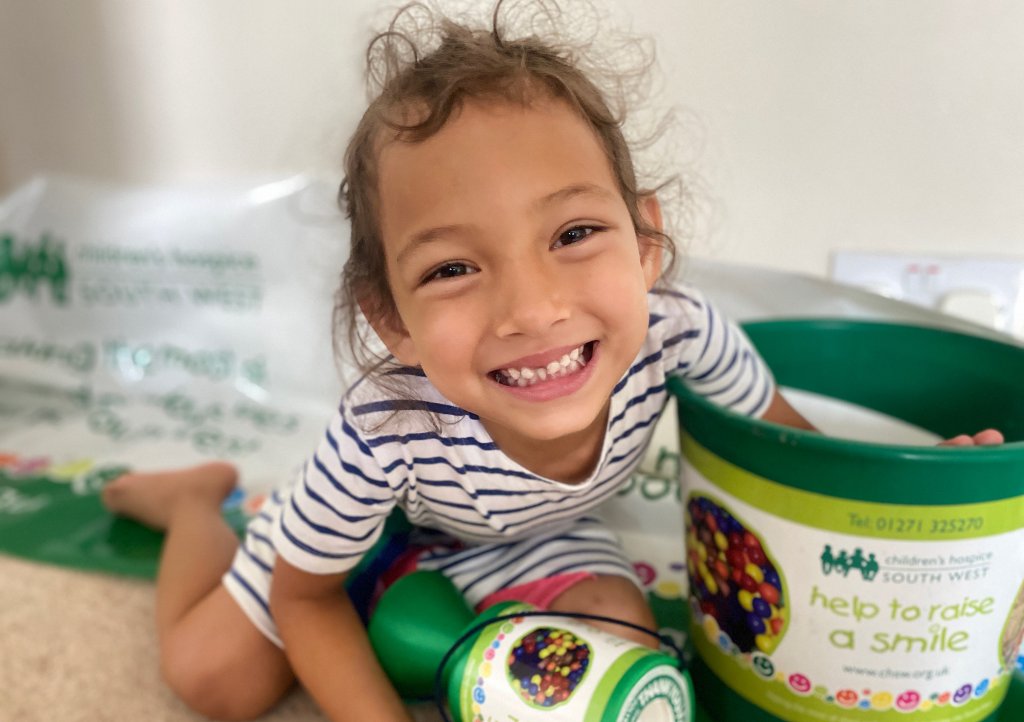 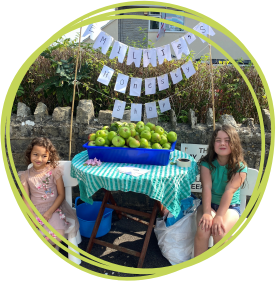 Emillie Sabellano Warde aged 5 from Puriton Village, along with friend Evie Ives, were very busy this August when their play date turned into a fundraising venture for Charlton Farm, her local children’s hospice based in Wraxall.

They spent time gathering all the apples from Emillie’s apple tree to set up an honesty shop, which ran from Tuesday 11th August until Thursday 13th August.

Locals were invited to come along to their shop and make a donation to Children’s Hospice South West (CHSW) which, along with Charlton Farm, operates two other hospices in the South West.

Kylie Gallagher, Community Fundraiser, said: “What a lovely idea suggested by Emillie’s grandmother, a long-term supporter of our Little Bridge House in North Devon, as to how she could support us in these challenging times.”

The family were bowled over by the support local villagers gave to them.

Emillie’s mum, Edearly Warde, said: “Our family is extremely grateful to the people of Puriton for trying to come together and help us. Despite the situation and everyone’s concern for health and safety, they still came without hesitation to help us raise funds. We are all over the moon.”

So far Emillie has raised over £75 from her Honesty Shop, with plans for further fundraising once there are more apples and there has even been talk of special iced biscuits. Watch this space!