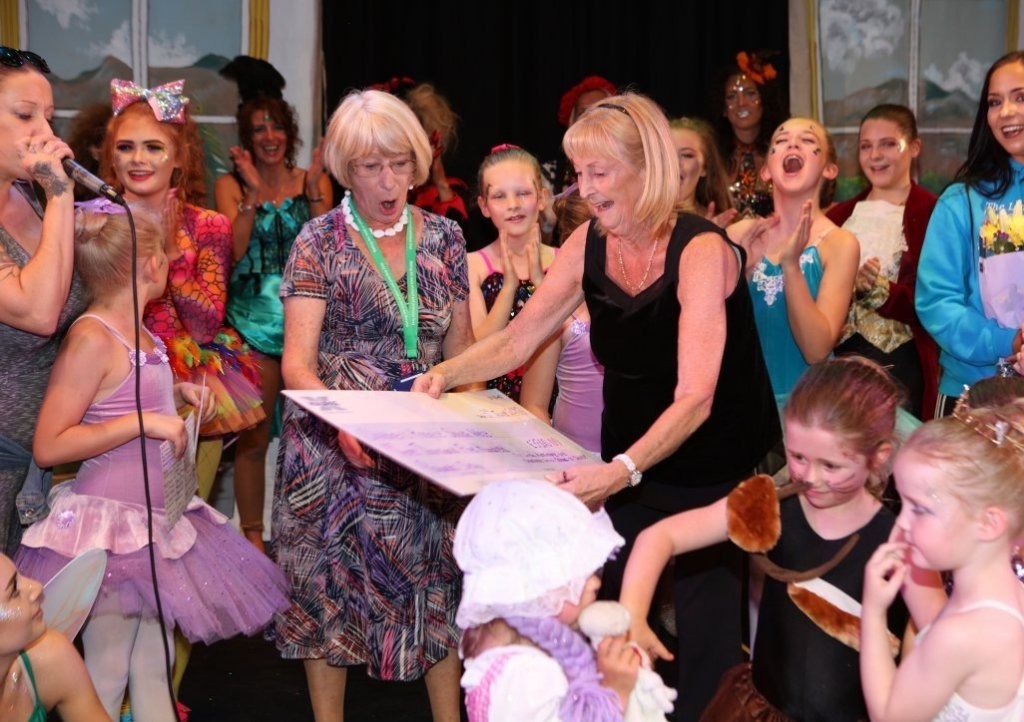 The Linda Mortimore & Charlotte Smith School of Dance has raised £3536 for Children’s Hospice South West (CHSW) at its most recent dance show held in June at Ivybridge Community College.

Children from two and half years old to 24 took part in the ‘Summer Spectacular and Cinderella’ show. Dancers and teachers had dedicated 12 weeks to rehearsals including weekends to perfect their routines which was all made worth it when the show was an absolute triumph.

Dance shows by Linda Mortimore & Charlotte Smith School of Dance are never a small affair with this show involving over 100 children and the costume bill stacking up to around £5000 which was generously covered by the parents of those taking part.

The show opened with a performance by the youngest pupils of a piece from Toy Story and was followed by the adult jazz group who performed ‘This is Me’ from the Greatest Showman.

Reflecting on the show Zoe, committee member from the dance school said;

We are delighted to support Children’s Hospice South West - a thoroughly deserving charity. We are incredibly proud of all our performers whose dedication and commitment to this show has been outstanding.  They have all shown great respect and support to each other whilst having an absolute blast. We cannot wait to get started on next year's show where once again we will be honoured to be supporting CHSW

The dance school has been supporting CHSW for the past four years and the charity is so grateful for the donations they have received from the shows. Zoe Partridge, Community Fundraiser for CHSW said; “On behalf of all of the children and families that we support at CHSW I would like to thank everyone who was involved in the Summer Spectacular and Cinderella in any way for their generosity towards the charity. It is fantastic to have donations from so many young people and their families helping us to provide vital care & support to other local families in need of a listening ear, a short break or support through difficult times.”

CHSW has three children’s hospices in the south west including Little Harbour in St Austell which offers short breaks to children with life limiting and life-threatening illnesses from across Cornwall and Plymouth as well as their families. Little Harbour is currently supporting 120 children and their families over 30 of which are from the Plymouth area.